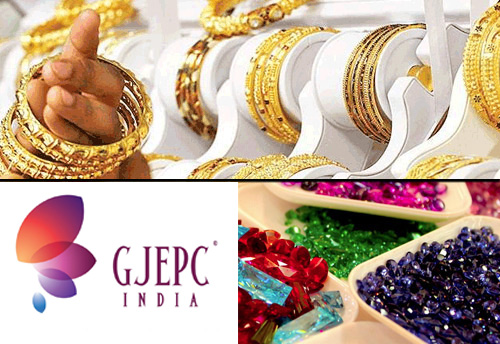 MUMBAI: Gems and jewellery exports reached the pre-COVID levels in November and December as the demand picked up in all major markets, including the US where the spending on Thanksgiving Day rose by nearly 22 per cent, the Gem and Jewellery Export Promotion Council (GJEPC) said.

“The New Year has brought in good news on many fronts. On the business front, demand for gems and jewellery picking up in all major export markets. Jewellery was the highest selling luxury product in China in 2020 and on the Thanksgiving Day spending in the US rose by nearly 22 per cent year-over-year to USD 5.1 billion, hitting a new record,” GJEPC Chairman Colin Shah said at the inaugural of the second edition of India International Jewellery Show (IIJS) Virtual.

Shah said India’s exports of gem and jewellery were back to the pre-COVID levels in November and December.

“I am sure that in a couple of months down the line, we will see more stable economic activities across the world which will further boost the gem and jewellery sector”s growth,” he added.