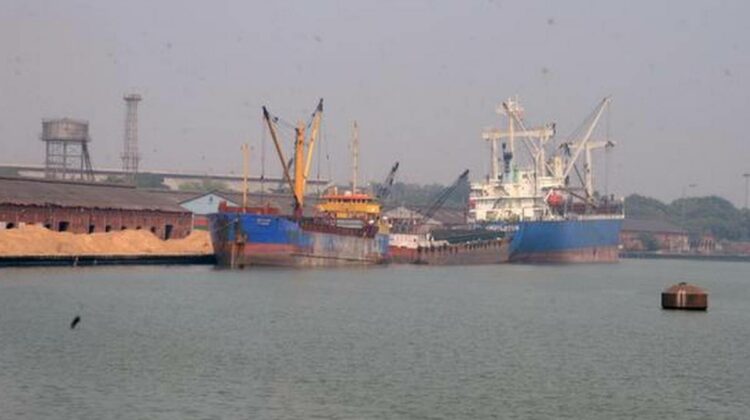 KOLKATA : The top private sector port operators of India, including Adani Ports, DP World and JSW Infrastructure are among the 10 entities who showed up at the pre-bid meeting for Tajpur Port, kick starting the process to build Bengal’s first greenfield port in more than 50 years.

The meeting on Friday was the first official interaction that the Mamata Banerjee Government organised with the prospective bidders for the project which is likely to be awarded in the fourth quarter of this fiscal.

The top brass of the state administration is understood to be pleased with the initial interest shown by the top guns in the maritime sector, raising the prospect for a new port in Bengal. More players could join later as the last date for submission of the final bid is more than a month away.

Some of the companies present at the meeting wanted to visit the site and also examine the techno economic viability study which has been prepared by the state government, according to sources who are aware of the discussions that took place at the pre-bid meeting.

The last date to submit final bid stands at December 20 at present. WBIDC is spearheading the Tajpur project.

“Some players sought more time to make their assessment before taking the final call. If the committee of secretaries overlooking the project is agreeable, it can be arranged,” a state government official said.

The companies that have evinced interest in the project control a very large slice of India’s maritime infrastructure, with the Adani group topping the list.

The Gujarat-based company has recently emerged as the lowest bidder to operate a berth at Haldia. It is also one of the bidders for a container berth at Calcutta.

DP World of Dubai has also been drawn to the idea of operating a port in Bengal for a long time, having shown interest in the Kulpi port.

JSW Infra, part of the $13 billion JSW Group, is also expanding its footprint in the port sector.

The list of participants include Essar Ports, two overseas entities from the Netherlands and Singapore, and two central government outfits including Syama Prasad Mookerjee Port, Calcutta (erstwhile Calcutta Port Trust), which was once considered to be a partner of the state for Tajpur.

The successful bidder will be given 125 acres of seafront to develop the port and another 1,000 acres of land situated 4 km away for port-linked industrial development.

The state government will also assist the developer to build roads and a rail link. The operator will also have to get crucial environment clearances from the Centre.

The developer will have the right to design the port which will be a major factor determining cost and viability of the project. If the terminals are built deep into the sea by creating dykes/watersheds and reclaiming land, the initial investment could be high, shipping experts say.

In contrast, the developer will have to wrestle with the burden of an annual expenditure to maintain the sea channel through dredging operations so that large ships can call at the port built on the shore.

The port operator may have to look at these options to reach a draft of 14-16 metres which will allow Capesize vessels carrying over 150,000 tonnes of bulk cargo to call at the port. Due to low draft (upto 8 metres), existing port facilities at Haldia and Calcutta, are unable to handle large ships, thereby raising cost of handling for the port users.