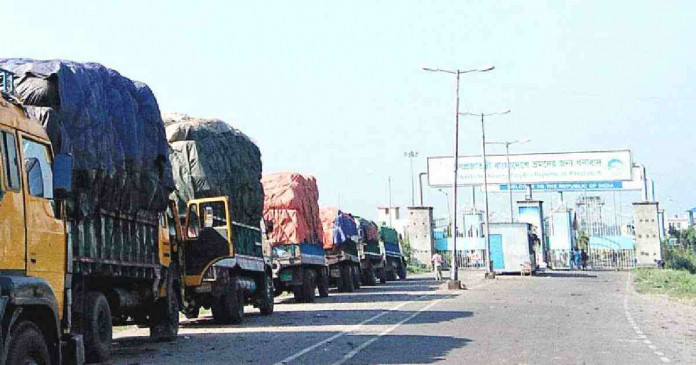 KOLKATA: The Customs Department has extended the timing of trade between India and Bangladesh through West Bengal’s Petrapole land port by another three hours till 11 pm every day, as part of the ongoing exercise of easing COVID-19 restrictions, officials said recently. The move is aimed at reducing the number of trucks stranded at the land port, they said.

According to the COVID-19 protocol, the movement of trucks through the integrated check-post at Petrapole, about 80 kilometres from Kolkata, was allowed till 8 pm.

As the district magistrate of North 24 Parganas has permitted an extension of time for export and import, the trade can take place between 6 am and 11 pm, the Petrapole Customs authorities said in a notice.

On a normal day, 500-550 trucks cross the border there from India and about 100-150 come from Bangladesh, Petrapole Exporters and Importers Welfare Association president Paritosh Biswas said.

“Now, only 250-275 trucks move to Bangladesh through Petrapole land port, the largest facility on the Indo-Bangla border.

“The number of Bangladesh-bound trucks that cross the border daily through Petrapole had reduced significantly. Cargo-laden vehicles get stranded for 20-25 days even though facilities such as electronic filings are in place and a dedicated export road has been developed,” he alleged.

Instead of extending the time for trade between the two countries, the customs department should set a target to the Petrapole land port authorities to clear a specific number of stranded trucks, which could be useful for exporters.