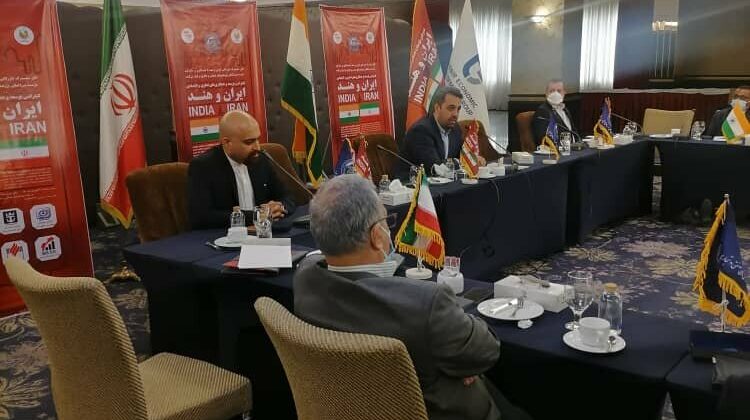 TEHRAN : The International Institute of Iran Industries Research (MPSIran) in collaboration with the Iran-India Joint Chamber of Commerce hosted a conference on Iran-India trade cooperation in Tehran .

The event was attended by senior officials from both sides including Head of the Islamic Republic of Iran Railways (known as RAI) Saeed Rasouli, the Head of the Foreign Affairs Ministry’s Asian Office Ahmad Sadeghi, and the MPSIran Managing Director Sina Sanjari.

The attendees of the meeting discussed a variety of issues in this event and explored ways for removing the barriers in the way of the expansion of two countries’ trade.

Speaking in the meeting, Sanjari, said: “The purpose of this conference is to raise awareness and help increase the knowledge of traders and exporters because, in the conditions created by sanctions, the existence of accurate information and necessary resources for providing correct consultation can solve many problems for Iranian companies in foreign markets.”

“Considering the recent developments regarding Iran’s membership in Shanghai Cooperation Organization (SCO) and other areas of trade next year, while updating the information, we will hold this conference annually to serve as a reference to facilitate trade between the two sides,” he added.

Sanjari further noted that the path for cooperation is becoming smoother and hopefully the new government will put more importance upon trade consultations along with political negotiations.

Elsewhere in the conference, Rasouli addressed the conference saying: “Today, we have more than 14,000 kilometers of the rail network in our country and about 26,000 types of freight wagons are currently used in the public fleet. Iran’s railway network transported over 50 million tons of cargo in the Iranian calendar year 1395 (ended in March 2017).”

He further underlined the need for using the capacities of the country’s railway network for the expansion of transit and trade and said: “Railway accounts for 11 percent of the country’s transportation and the figure is expected to be increased to 30 percent by the end of the country’s Sixth National Development Plan (2022).”

Finally, Sadeghi in his turn pointed to the importance of foreign policy and trade diplomacy for pursuing the country’s foreign trade goals, saying: “By following trade diplomacy in our foreign policies, we can pursue two goals, the first is to create a favorable political atmosphere in the country, and the second is to provide upstream documents to expedite the work.”