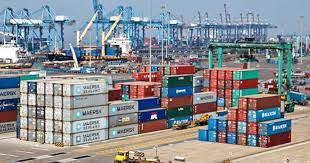 The 4.5 million tonne (mt) a year capacity shallow water berth has a length of 445 metres with a depth of 10 metres, and is capable of handling container, cement, general cargo and liquid cargo vessels. The construction of the dedicated berth for coastal shipping was taken up under the ‘Sagarmala’ programme of the Ministry of Ports, Shipping, and Waterways in order to boost coastal cargo movement.

The coastal berth was completed in November 2020 and a trial operation was carried out in July this year. The berth will provide better infrastructure for coastal shipping as well as decongest rail and road networks, ensuring cost-competitive and effective multi-modal transportation solutions.

The construction of the dedicated berth is in line with the government’s policy to promote coastal shipping to shift freight from road to an environment-friendly and cost-effective mode of transport.

“The coastal berth will aid smooth and faster coastal movement of cargo through a green channel and help increase the share of coastal shipping in the domestic cargo movement and facilitate the export-import (EXIM) community,” JNPT Chairman Sanjay Sethi, said.

The coastal berth has the capacity to handle about 2.5 million tonnes of coastal cargo like break bulk, dry bulk etc. The berth has a back-up area of 11 hectares to store cargo. JNPT also plans to set up silos for storage of cement, which will enable faster turnaround of vessels.

The privatisation of the three facilities will make JNPT a full-fledged landlord port as envisaged under the Major Port Authorities Act 2021 that was passed by the Parliament in February this year.

Privatisation of State-run cargo berths has become necessary as the ‘port authority’ being formed for each of the 11 ports under the Major Port Authorities Act will play the role of a landlord — a model widely followed globally, wherein the publicly governed port authority acts as a regulatory body and as landlord, while private firms carry out port operations, mainly cargo handling activities.