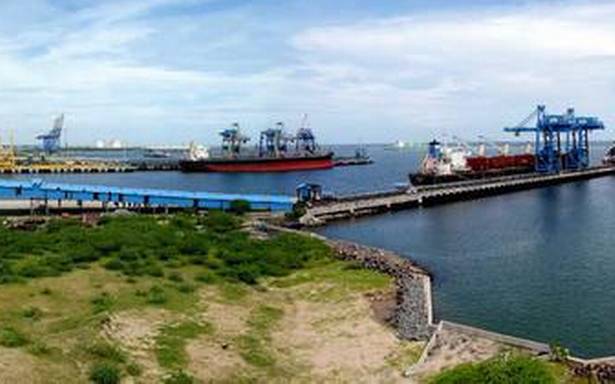 MUMBAI : Central government-owned Kamarajar Port Ltd, the entity that runs the port at Ennore near Chennai, has terminated the contract given to a consortium led by Sical Logistics Ltd to build and run an iron ore and coal handling facility after the lenders to the project declared financial default by the terminal operator.

A spokesman for Kamarajar Port confirmed that the contract was terminated in June.

Sical Logistics held 74 per cent stake in the terminal while the rest was owned by MMTC. SIOT offered a revenue share of 51.6 per cent to win the deal.

The terminal, first awarded in September 2006, was designed to load 12 million tonnes (mt) of iron ore in two phases of 6 mt each with an investment of ₹480 crore. The first phase of the terminal costing ₹360 crore was ready for commercial operations in January 2011 but remained idle due to ban on iron ore exports from Karnataka.

Kamarajar Port Ltd then allowed Sical Iron Ore Terminals to convert the terminal into a coal loading facility and signed a fresh concession agreement with the operator. But, the project was hit by the financial woes surrounding Sical Logistics following the death of Coffee Day group founder VG Siddhartha, who acquired it in 2011.

The banks declared financial default after the terminal operator failed to service interest on the loan, Kamarajar Port sources said.

In this case, the banks requested Kamarajar Port to terminate the agreement.

Kamarajar Port is expected to re-tender the project after the court case challenging the declaration of financial default by the lenders is settled, the port source said.

To add to the woes of SIOT, a bankruptcy court in Chennai on Monday admitted a petition brought by Portman India Pvt Ltd, an operational creditor, to initiate corporate insolvency resolution process (CIRP) under the bankruptcy law against SIOT to recover unpaid dues of ₹1.05 crore.

Portman India acted as the transaction advisor for the conversion of the iron terminal into a coal loading facility.

Confirming that the petition was admitted by the Chennai bench of the National Company Law Tribunal (NCLT) on Monday, Ishwar Achanta, Managing Director, Portman India, said: “It is unfortunate that we had to resort to NCLT/IBC route to recover our legitimate dues”.

In March this year, NCLT Chennai bench ordered start of CIRP under the bankruptcy law against Sical Logistics Ltd.

Sical owes ₹1,105.64 crore to a clutch of banks and financial institutions such as Bank of Baroda, YES Bank and IDFC First Bank.

The Coffee Day Group acquired Sical Logistics from Chennai-based MA Chidambaram Group in September 2011 through its subsidiary Tanglin Retail Realty Developments Pvt Ltd which holds 50.19 per cent in the company.