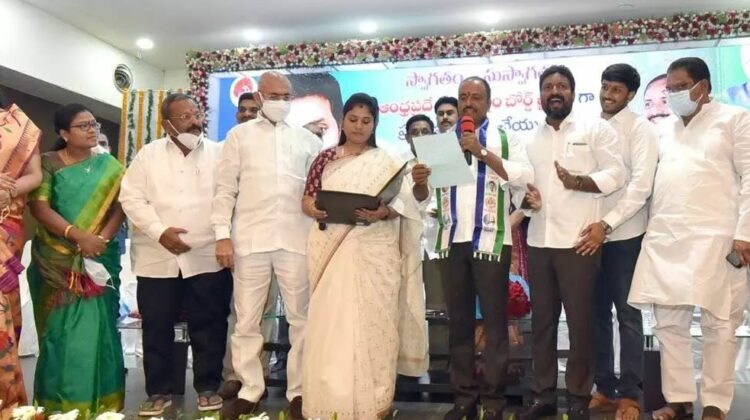 VIJAYWADA : Andhra Pradesh Maritime Board has ample opportunities to develop the coastline and the ports in the State, said Minister for Information and Public Relations and Transport Perni Nani after Deputy Chief Minister P Pushpasrivani administered oath of office to Kayala Venkata Reddy as the Chairman of the Board .

Deputy Chief Minister Pamula Pushpasrivani said that the State government had undertaken construction of three ports and six fishing harbours along the coast.