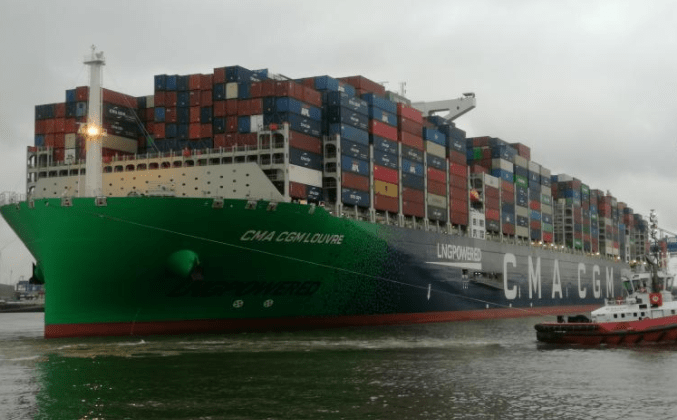 MARSEILLE : Three new members will jump into the Coalition for the Energy of the Future, which launched in late 2019 and was initiated by the Chairman and CEO of the CMA CGM Group, Rodolphe Saadé.

Kuehne+Nagel Group, Rolls-Royce and Air Liquide will join the coalition, which aims at accelerating the development of future energies and technologies to sustain new green mobility models and reduce the impact of transport and logistics on climate change.

“We are convinced that a collaborative, cross-industry approach will help to achieve the United Nations climate goals. Together, we strive to offer innovations for CO2-neutral transport solutions, such as the new BioLNG project,” commented Otto Schacht, member of the Management Board of Kuehne + Nagel International AG, responsible for sea logistics.

With these additional members, the coalition continues to rally major global industry players from different sectors and pursues its ambition to accelerate the development of energies and technologies sustaining new, lower-carbon models to reach carbon-neutral objectives in transport and logistics, according to an announcement.

At the same time, the Coalition for the Energy of the Future has announced the launch of the feasibility study of the first French project of BioLNG production within a large maritime port.

“Developed by three of its members, this project will enable to advance the production and use of BioLNG for maritime transportation,” said CMA CGM in its announcement.

This project will allow the transformation of household waste from the Métropole Aix-Marseille-Provence into liquefied biomethane (BioLNG) within the Port of Marseille Fos. This BioLNG will then be used to advance green mobility from the port, notably for the CMA CGM Group’s LNG-powered vessels.

According to a statement, this major project represents a virtuous example of circular economy and will benefit from existing infrastructures at the Port of Marseille Fos: EveRé’s (a household waste treatment center) methanation units, Elengy’s (a subsidiary of ENGIE) LNG terminals for stocking and delivery, TotalEnergies’ bunkering ship and CMA CGM’s LNG vessels.

BioLNG combined with CMA CGM vessels’ dual-fuel engines will allow the reduction of at least 67% greenhouse gas emissions on a well-to-wake basis (entire value chain) and by 88% on a tank-to-wake basis (at ship level).