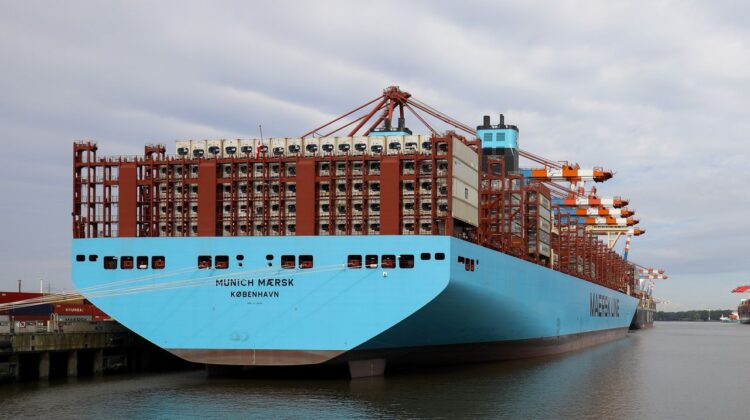 NEW YORK : The world’s largest container shipping line has called for a $150-a-ton carbon tax on shipping fuel that would drive up the costs for an industry that delivers 80% of world trade.

A.P. Moller-Maersk A/S says such a levy would help bridge the price gap between fossil fuels that vessels consume today and greener alternatives that are currently much more expensive. Fuel costs would effectively almost double if the measure were imposed today because of how carbon dioxide emissions are counted.

While such a shift would be challenging for shipowners at large, Maersk’s scale would enable the company to weather such a hike in what constitutes the industry’s single largest expense. Others, notably commodities trading giant Trafigura Group, have already called for such a tax. The issue is set to be discussed at a UN meeting beginning next week.

“It’s not trivial to move to green fuels from a cost perspective,” said Soren Skou, CEO of A.P. Moller Maersk. “We need to somehow level the playing field, and that’s the purpose of a market-based measure.”

Maersk is calling on the International Maritime Organization — shipping’s global regulator — to have a carbon dioxide tax for the industry ready by 2025, likely starting at about $50 a ton, then ramping up to at least $150 a ton in subsequent years. While the company is not able to officially submit plans to the watchdog, its size and importance will color the upcoming international discussions.

While seeking such a tax might seem counterintuitive, Maersk’s call is in part a response to changing business behaviors. Almost half of the company’s top 200 customers have set targets to eliminate carbon dioxide emissions.

“This is a cost problem, but on the other hand it’s also a business opportunity,” Skou said. “We’re meeting customer demand by developing carbon neutral products.”

The $150 levy works out at about a $450-a-ton hike in the cost of very low-sulfur fuel oil — a mainstream product for the industry today — according to Maersk. VLSFO costs about $500 a ton to $525 a ton depending on where in the world it’s bought, according to data compiled by Bloomberg.

Although the price tag is high, shipping’s economies of scale mean the cost of a pair of sneakers would only rise by a matter of cents, according to Skou. Ultimately, the extra cost would need to be passed on to customers.

Money raised from the tax would be used to subsidize clean fuels, and, to support developing countries, whose backing is important at the IMO level. Maersk said enforcement would involve reporting from ships’ flag states and IMO data collection, and must not be left as an afterthought, as it was with the 0.5% sulfur limit on marine fuel, known as IMO 2020.

If such a tax were implemented, Skou expects it would have a “huge impact on the transition to greener fuels.” It could also affect global oil consumption. Shipping consumes about 4.5 million barrels per day of oil-based marine fuel, according to Jonathan Leitch, an oil analyst at Turner, Mason & Co.

“Losing that demand would have a significant impact on the oil market and hasten the approach of peak oil demand,” Leitch said.

Maersk has previously said that all newly constructed ships the firm owns will have to be capable of running on carbon-neutral fuels, or, standard VLSFO. The company also aims to have net-zero carbon dioxide emissions by 2050, whereas the IMO is targeting at least a 50% cut below 2008 levels for total annual greenhouse gas emissions from international shipping by the middle of the century