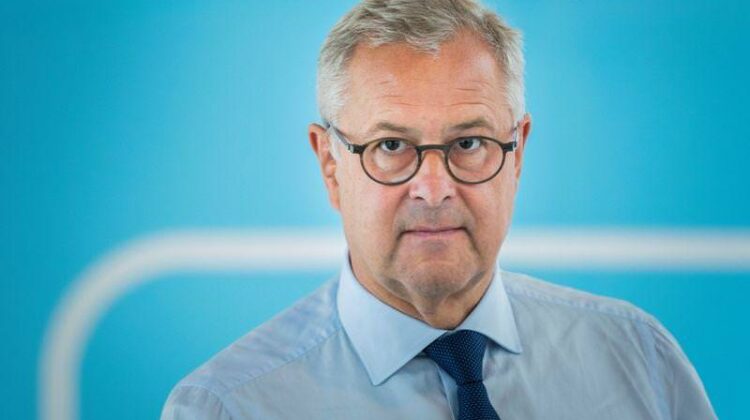 COPENHAGEN : The world’s largest shipping company may never go back to in-person capital markets days, as the pandemic looks set to leave a permanent mark on some corporate traditions.

“I think it will be many years before we return to the old way of doing things, if we ever do,” Soren Skou, the CEO of A.P. Moller-Maersk A/S, said in an interview.

Maersk held its first ever virtual capital markets day this month, with about 2,500 investors, analysts and journalists dialing in from around the world. That compares with the 300 participants who turned up the last time Maersk held a physical CMD, though it was also possible to watch via a live stream back then.

This year, “people didn’t have to fly in from London and spend time and money on that,” Skou said. “If they’d flown over here, they would have needed to arrive the day before, have dinner, then attend the presentation, maybe another dinner and then fly home,” before completing their reports the following day.

All in all, “It would have taken three days instead of one,” he said.

Maersk’s investor relations department says the company is still intending to resume physical roadshows once the pandemic is over. And Chairman Jim Hagemann Snabe said earlier this year he hopes to make the company’s 2022 annual general meeting an in-person event again.

Like many other companies, Maersk is offering staff more flexible in-office hours once the pandemic is over. But already before working from home became the norm, Maersk was planning to move away from fixed desk-hours, which it expected to free up about 20% of its office capacity.

“We’ll remain an office-based company,” Maersk said in an email. “But even before the pandemic, we were working on a new policy to allow flexible work.”