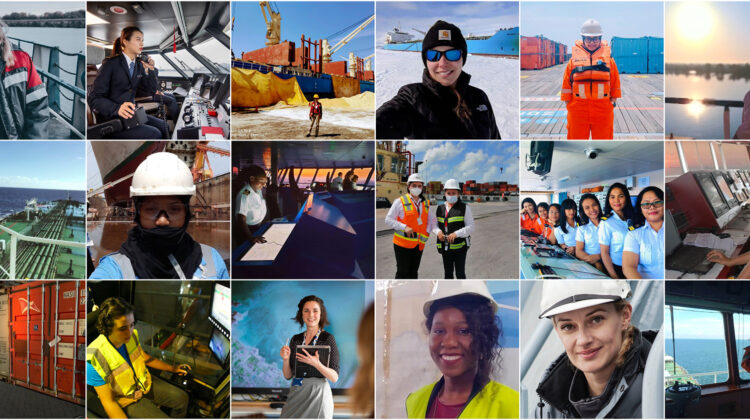 LONDON : The International Maritime Organisation (IMO) , Council has decided to establish an International Day for Women in Maritime to be observed on May 18 every year. Once adopted by the IMO Assembly in December 2021, the observance will celebrate women in the industry, promote the recruitment, retention and sustained employment of women in the male- dominated maritime sector.

It is a welcome move in the sector dominated by male, but many issues need to be addressed to get more women on board the shipping sector.

Today, out of the 17 lakh seafarers globally, women represent only 1.2 per cent as per the BIMCO/ICS 2021 Seafarer Workforce Report. This represents a positive trend in gender balance, with the report estimating 24,059 women serving as seafarers, which is a 45.8 per cent increase compared with the 2015 report. The move also strengthens IMO’s commitment to Sustainable Development Goal 5 (SDG 5 – gender equality) and support work to address the current gender imbalance in maritime industry.

“The bias is there globally. Even those women who are sailing are mostly in passenger ships. There is also a lack of conducive working atmosphere on board the ships,” Bala added.

“There are companies who are taking women. However, their numbers are few. Though they are increasing with time and through the efforts of IWSF, still there is a long way to go. A lot of push is required among various stakeholders, including companies and government, to include more women in shipping. It will take a lot of time and effort. The government is doing its bit, however companies need better drive to include diversity,” she said. Dr (Capt) K Vivekanand, former Pro Vice Chancellor at Vels University, and former Master Mariner with 26 years of sailing says, “It is all very nice for a young girl to aspire for an adventurous life at sea on board merchant ships. However, the adventure wears off when she wants to get married and settle down with a family. It becomes increasingly difficult to continue to sail on board. Retention of women seafarers is a major problem.”

He said that there are a number of incentives that have been given to attract women to a career at sea. For pre-sea training, higher age limits, lower entry qualifications and reduction in fees, are some of the offers made to persuade them to join. Women can easily handle the tasks in the barrier-free working environment on board, in any capacity, with minimum stress or strain, as long as they are physically and mentally fit. The fact that a ship recently sailed around the Indian Coast with an all-women crew does not really prove anything.

“The only way the situation can be improved is to educate women to radically change their outlook on a career at sea. They need to look at a long career at sea, even after reaching the pinnacle of their career as a Captain or Chief Engineer. There is always the option of continuing their maritime career ashore. The possibilities are endless,” he said.