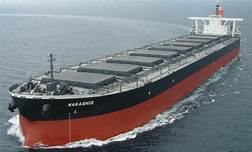 Through a communiqué, MOL has put out the following clarification. Excerpts:

MOL fundamentally disagrees with and rejects the analysis made in the article based on the misleading interpretation of unconnected information and comes to seriously flawed conclusions.

Cause of the incident

The cause of the incident is being investigated by local authorities and is expected to become public in the Mauritius courts in due course. MOL has and will continue to fully assist with such investigations and rejects any assertion that it has attempted to impede or hinder these steps.

It has been established that no mechanical issues whatsoever were involved in the grounding which appears from early reports to have been solely due to safety and navigational issues. There have been no reports whatsoever that the Wakashio had any mechanical or fuel problems in the period leading up to the grounding and the article produces no such evidence.

MOL has previously reported on its preliminary conclusions in December 2020, and we have no reason or information that would cause us to amend our analysis.

The Very Low Sulphur Fuel Oil (VLSFO) purchased by MOL as time charterer and loaded in Singapore was fully tested by our Fuel Quality Testing System which showed that the supplied oil was fully on specification with international standards including ISO-8217-2020.There is absolutely no evidence to suggest that there were problems with the fuel oil or the use of that fuel in the main engine of the Wakashio that could have caused the incident.

Furthermore, there are numerous factual inaccuracies throughout the article in relation to MOL and other organisations and many unmerited allegations are made without evidence or justification. We are confident that these will not stand up to scrutiny.

MOL takes its obligations in relation to this incident with utmost seriousness and full details of MOL’s actions can be found on the website. MOL, in its role as time charterer of the vessel, will continue its extensive programme of relief and support directed at the local society and remediation of the environment in concert with the other parties involved and in full cooperation with local authorities.

To conclude, MOL sees no basis in fact for the analysis and unfounded conclusions in the Forbes.com article and totally rejects the unwarranted allegations.”