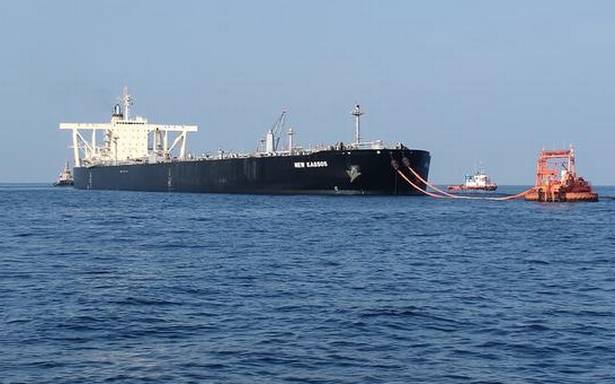 A press release by the company said that ‘MT Euroglory’ from Saudi Arabia with a capacity of 1.35 million tonnes (mt) is being unloaded at SPM in the sea. This vessel has become the 500th vessel unloaded by MRPL, it said.

MRPL’s SPM was inaugurated in August 2013. ‘Ratna Puja’ was the first vessel to be unloaded. Since then, MRPL has unloaded 75.5 mt through 500 vessels in three different categories — Afra Max, Suez Max, and Very Large Crude Carriers. The SPM has unloaded vessels from Iran, Iraq, Saudi Arabia, UAE, Kuwait and the US.

Till 2012, MRPL unloaded crude oil only through smaller ships at jetty nos. 11 and 12 of New Mangalore Port. The ships with less than 245-metre length and 14-metre draught only could be unloaded at the jetty.

MRPL release said that the company can now attend vessels with 330 metre length and 22 metre draught at SPM.