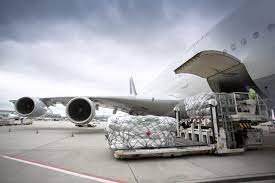 NOIDA : Multi-modal connectivity, integrated cargo hub and facilities for maintenance, repair and overhaul of aircraft are among the key features of the master plan for the upcoming Noida International Airport, according to its developer.

YIAPL CEO Christoph Schnellmann had said, “The master plan reflects the goals and objectives set by providing solutions that are financially prudent, cost-effective, and commercially sound; at the heart of it remains passenger convenience.

“We are delighted that we have been able to complete the master planning activity within the agreed timelines despite limitations due to COVID-19. We are looking forward to developing a world-class airport for the people of India that truly combines Indian hospitality with Swiss efficiency.”

The airport will be developed over an area of 5,000 hectares in four phases over a period of 40 years, and have two runways initially but is likely to expand to five.

The passenger capacity has been kept at 12 million per annum for the first phase of development which will expand to 70 million passengers per annum after the fourth phase, it showed.

For cargo and logistics development, the YIAPL said, “The NIA has the potential to become a key air cargo gateway for North India. The airport will develop an ecosystem that consists of the state-of-the-art infrastructure and product offerings supported by best-in-class procedures that incorporate Swiss efficiency, simplicity, and quality.

“The integrated multi-modal cargo hub at NIA will play a crucial role in establishing the state of Uttar Pradesh on the global logistics map,” it said.

For multi-modal connectivity, it said the NIA master plan includes provisions for an integrated and seamless road, rail, bus, and metro connectivity.

“Some of the key strategic connectivity points comprise the metro extension from Noida to NIA as well as an airport station for the planned high speed rail link from Delhi to Varanasi.”

“Yamuna Expressway will also connect NIA to the NCR region and city of Agra that hosts one of the seven wonders of the world – the Taj Mahal,” it added.

The developer said the NIA will also develop a multi-modal transit hub at the Ground Transportation Centre to provide seamless connectivity between various public and private modes of transport.

“The GTC will house metro and high-speed rail stations, taxi, bus services and private parking along with large concourse area housing commercial spaces, restaurants, and lounges. IT will be a one of its kind, multi-level building structure, located centrally and will be developed in subsequent stages,” it said.

According to the master plan, the airport will have a major facility for maintenance, repair and overhaul (MRO) of aircraft which would spread over an area of 40 acres. The MRO facility would be developed in the first phase only, it showed