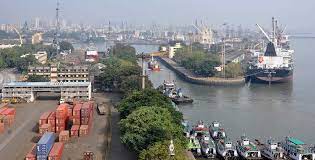 MUMBAI : Ports are gateways to the countries’ trade and economy. Bringing down the logistic costs is an important objective of the Government of India. This propels the government to formulate schemes for continuously finding ways to lower the transaction and logistic costs for goods and undertake various projects, especially by harnessing the maritime assets and resources of the country.

In recent years, various path-breaking schemes and ambitious projects have been unleashed by the honourable Prime Minister of India in the form of Sagarmala and Maritime India Vision 2021, integrating the dispersed logistics activities of maritime trade to make India a Maritime powerhouse.

1. The Government of India is now launching an ambitious plan — National Maritime plan / Gati Shakti in the hands of the honourable Prime Minister of India on 13th October. Being a premier port of India for nearly a century and half, Mumbai Port Trust held a leadership position by continuously undergoing transformation in its shape, facilities, technology etc. by adapting to the changing needs of ships and cargoes. To ease its own burden, it gave birth to a whole new port — JNPT. Initially planned as a satellite port of Mumbai, JNPT has itself become among the top 30 container ports of the world.

2. With a large megapolis surrounding Mumbai Port from all sides, there is an inevitable conflict between the port’s cargo business and the city’s needs. While megapolis is undoubtedly posing challenges to the traditional model of the Port business in terms of evacuation difficulties by road and environmental concerns of dusty, polluting hazardous cargoes, it opens up many new opportunities, being a number one and prime Urban space.

4. Cargo Related: Main projects are as below:

(i) Expanding the POL capacity: The biggest crude oil jetty with a capacity of 22 Million Tonnes Per Annum is constructed at Marine Oil Terminal with pipeline connectivity for its evacuation. This project released other four jetties for more coastal traffic of P.O.L.

(ii) Bunkering Terminal: In a layman’s terms, it is a petrol pump for ships. This project takes advantage of the over 5000 ships visiting the Mumbai Harbour annually, utilising Pipelines connectivity for its evacuation.

(iii) Facility for LNG handing: This project shall provide LNG as clean energy up to 5 Million Tonnes per annum without creating stress on land side facilities as the Floating Terminal would be in sea and evacuation of LNG would be through pipelines connectivity to National Grid.

(iv) Barging of containers between JNPT and Mumbai: This project is to get more containers from JNPT through waterways connectivity, by covering only a distance of 14 kms., eliminating a long road journey of 120 kms, and its resultant pollution and road congestion.

(a) Berth No. 10, 11 ID alongwith a shed, are nominated for handling of coastal cargo.

(b) Erection of temporary silos for bulk commodities of Cement Fly Ash on MbPT land in Mumbai by private parties. EOI is invited.

(vi) Most importantly to improve Rail connectivity to the dedicated rail freight corridor to Delhi, Mumbai port is reworking on its rail assets on two fronts. On one hand it planned to reorganise and upgrade the railway network and operations by handing over the rail assets to a purpose – built (dedicated) govt company – Indian Port Railway & Ropeway company Ltd and on the other hand to create a new rail line by venturing out of the port’s limit to lay a dedicated rail line for port freight movement from Wadala to Kurla. This will relieve the suburban rail on Harbour line benefitting the commuters.

6. Sea Tourism Related: Main Projects are as below:

(i) International Cruise Terminal (ICT): Objective is to promote tourism by waterways. The most important and ambitious project for Cruise Tourism, not only for Mumbai but India, is the Mumbai International Cruise Terminal, which is under development at Ballard Pier extension berth at an estimated cost of Rs.500/- Crores. This terminal shall not only be used for Cruise ships, but also by the city folks as it will have retails, Restaurants, leisure areas and many more facilities.

Dock Wall: This integrated water transport hub shall have all modern requirements for the leisure and commuting for city folks. This facility has a Ro-Pax Terminal and will include sea side Restaurants, Amphitheater, Domestic Cruise Terminal, Marina, Floating Restaurants, Harbour Cruises, Water taxis, etc.

(a) Ro-Pax Terminal: It is perfect example of harnessing water ways for commuting / tourist movements and reducing the road traffic. Ro-Pax services between Mumbai and Mandwa opened up a new commuter / tourist transportation connecting these two important nodes. This will be extended to connect to Navi Mumbai’s new upcoming airport. The Ropax ship is operating bringing a huge relief for traveler combining Multimodal transportation of Roadways & Waterways.

(iii) Rope way between Sewree to Elephanta: The World’s longest Rope way over the sea of approx. 8 Kms. shall be built in PPP model costing about Rs.700 cores. This project will open up new travel mode for the city population besides giving beautiful view of marine facilities like ships, Marine Oil Terminal, and the upcoming MTHL, with flamingoes, etc. 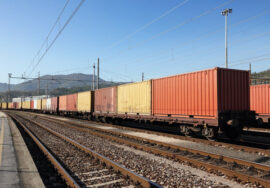 New rail ICD in Chittagong in the offing