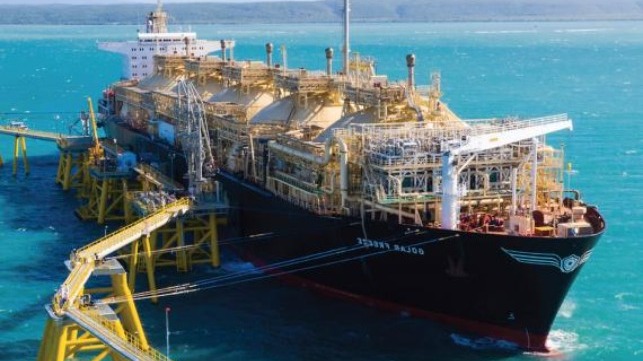 Sri Lanka will receive its first natural gas terminal providing a source of fuel for the country’s power plants under a framework agreement signed with energy infrastructure company New Fortress Energy. The terminal which will introduce natural gas to the country for the first time also represents New Fortress’ first LNG terminal in Asia.

Under the terms of the framework, New Fortress will construct a new offshore liquefied natural gas (LNG) receiving, storage and regasification terminal in line with the government’s policy to accelerate the transition to cleaner and cheaper energy sources and welcome international investment. The terminal will be located off the coast of Colombo to supply gas to the country’s power plants, primarily located in the Kerawalapitiya Power Complex.

“We are excited to support the transition of Sri Lanka to clean, reliable and affordable energy,” said Wes Edens, Chairman and CEO of New Fortress Energy. “This investment in Sri Lanka’s first LNG terminal will advance the country’s clean energy transition and support sustainable development for this vibrant economy. This is the first of what we think will be a number of investments in power and infrastructure in the country.”

As part of the agreement, the government will facilitate obtaining the necessary permits and entitlements by New Fortress to construct the LNG terminal. The terminal is expected to begin operations by the second half of 2022.

New Fortress will supply natural gas to the existing 300 MW Yugadanavi Power Plant. The Kerawalapitiya Power Complex consists of 300 MW in operation today, but is ultimately expected to grow to over 1,000 MW by 2025.

The company said that it is also negotiating the purchase of the government’s 40 percent stake in the company that owns the power plant. The power plant is currently under a long-term power purchase agreement to provide electricity to the national grid that extends through 2035. The plant consists of General Electric turbines and was configured to run on natural gas in combined cycle.

The purchase of the Government’s interest in the company owning the power plant is subject to final documentation. The government’s representatives and the company will work together to finalize their commercial agreements.