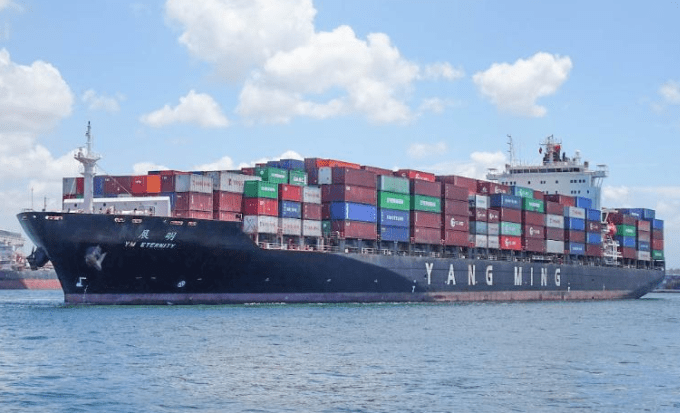 Yang Ming is reportedly planning to join the current newbuilding “arms race”, as it seems to be involved in orders of new container ships, while the company’s last orders were back in 2018.

The Taiwanese container line had not embarked, until now, on any newbuilding spree like almost all its peers, amid the unprecedented rise in freight rates, but orders of five to ten 24,000TEU ships, at least ten 15,000TEU ships, and several 2,800TEU to 3,000TEU vessels are being considered, according to local media reports.

A Yang Ming spokesperson told Container News that the company is constantly studying the newbuilding market, adding that until 2022, the company is still awaiting deliveries of nine 11,000TEU ships.

“We will plan our fleet renewal based on these, as well as our service routes, business needs, fleet age vessel designs, regulations and other factors,” he said.

Coincidentally, during an interview on Taiwanese television on 26 June, Yang Ming’s former chairman, Bronson Hsieh, opined that the ninth-largest liner operator should commission newbuildings to increase the proportion of its owned fleet from 30% to 45%.

Currently, the carrier’s total operating capacity is 617,725TEU, of which 31% comprises owned ships.

Taiwanese media speculated that Yang Ming, whose largest ships are 14,000TEU vessels, may have refrained from placing large newbuilding orders due to its previous string of losses. In 2017, after years of losses at Yang Ming, the Taiwanese government, which initially had a 33% stake in the carrier, injected capital to take its holdings to 45%.

With the unrelenting surge in container shipping demand, the liner industry is looking at record 2021 profits, and Yang Ming is predicted to achieve a net profit of at least TW$110 billion (US$3.9 billion).

In 2018, Yang Ming joined THE Alliance, and Taiwanese media reported that the liner operator wants to expand its fleet to be on an equal footing with its alliance partners, which already have Ultra Large Container Vessels (ULCVs) of at least 20,000TEU.