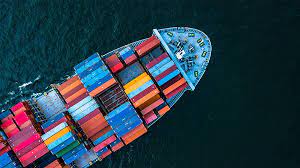 NEW DELHI : After crossing $30 billion for seven successive months, India’s merchandise exports have hit a home-grown stumbling block in the first 10 days of this month — a new system mandating online issuance of Certificates of Origin (CoO) for every outbound consignment from November 1 that has put exporters in a tizzy.

Several small exporters are facing challenges in registering on to the Directorate General of Foreign Trade (DGFT) portal which requires high-quality digital signature certificates, with many reporting outages on the portal that was earlier used only to issue CoOs for shipments to countries with whom India had a preferential trade pact.

For the last few days, we have been trying to register on the platform and get a CoO issued for a consignment,” said a Mumbai-based exporter, adding that the process used to take much less time earlier. “This used to take an hour earlier through the State’s industry chamber and other agencies that were allowed to issue certificates,” he said, raising concerns that his shipment may even reach the destination port before the certificate is generated.

The Government said the move was to improve the ease of doing business in line with its ‘Digital India’ focus, but industry bodies from several States have flagged concerns with its implementation. Most critically, existing export facilitation intermediaries such as customs house agents (CHAs), who handle most of the export paperwork, have not been able to share data on exporters’ behalf, as the DGFT has not shared the API (Application Programming Interface) for the new system.

“For CoWin and Aadhaar, we have an API-sharing system so that information can be shared. Unfortunately, this facility is not there and we have flagged the issue but there hasn’t been a favourable response,” said an industry representative.

The Commerce and Industry Ministry which oversees the DGFT, entrusted with formulating and implementing the foreign trade policy, told that the online CoO portal had a simple registration process and its design allowed the principal user or the exporter to provide access rights to the other secondary users such as the CHAs

The Ministry didn’t respond to a query on whether API-sharing is being considered, but said 85 agencies were ‘now enabled on the portal’.

On hardships faced by exporters in registering to the online system, the Ministry said: “No problem has been reported on this account based on our experience with the preferential exporting community.”

“It is not a simple process at all. Many exporters are facing issues and we have sent emails to the DGFT and called on their call centre, but to no avail,” countered an exporter, adding that the problem is particularly acute for micro, small and medium exporters in smaller towns and cities.

Even larger exporters, with multiple shipments heading out at a time, are facing challenges due to a norm that stipulates separate payments for each certificate issued. “Issues relating to bulk fee payment, etc. are areas which can be looked at in a phased manner based on the extent of interest shown by various users,” the Ministry said.

The Federation of Indian Exporters’ Organisations said that while the new digital portal was a step in the right direction that would address a number of concerns of exporters and importing countries, teething challenges needed attention and permitting API integration would facilitate faster on-boarding of the exporting community into the new system.

Over seven lakh preferential CoOs have been issued from the online DGFT portal since its launch in September 2019, the Ministry said. With all merchandise exporters now required to use the same platform, the volumes to be handled by the portal have gone up. Asked if the portal’s capacity has been enhanced accordingly, the Ministry said the portal had scalability and was hosted on a cloud server.

Nashik-based Santosh Mandlecha, president of the Maharashtra Chamber of Commerce, Industry and Agriculture, told  exporters, including those dealing with perishable farm produce consignments, had been facing challenges since November 1 for myriad reasons, including difficulties in registering their digital signatures on the DGFT portal.

Earlier this year, the DGFT, through a trade notice, announced that the electronic CoO issuance system is being expanded to cover certificates for non-preferential trade as well. After extending the implementation timeline a couple of times, on October 18, the DGFT said the offline CoO issuance system would not be extended beyond October 31.

“Many workshops were conducted to sensitise and handhold the designated agencies and at their request the implementation date has been extended twice already to accommodate most of the agencies to on-board the CoO platform,” the Ministry said.

This online facility provides ‘ease of doing business’ to the exporting community and gives a verifiable authentication mechanism to the partner countries to confirm the genuineness of the issued CoOs through a QR code which adds credibility to the issued eCoO,” the Ministry said.

With the ‘digital India’ focus, most of the export interfaces require paperless filing, including at Customs, for which a digital signature certificate is a pre-requisite. The common platform will help in not only providing a paperless facilitation to the exporter but will help in weeding out the ‘fraudulent’ certificates which are reported from time to time,” it underlined.

“The Department of Commerce, with a view to further the ‘trade facilitation’ initiatives, has envisaged implementation of all its processes with an end-to-end IT implementation and extending eCoO portal for the non-preferential origin certificates is a step in that direction. Moreover, analytics generated on ‘origin’ based information can become an important component in our decision making and help us in our FTA negotiations and more informed export planning,” the Ministry stressed.