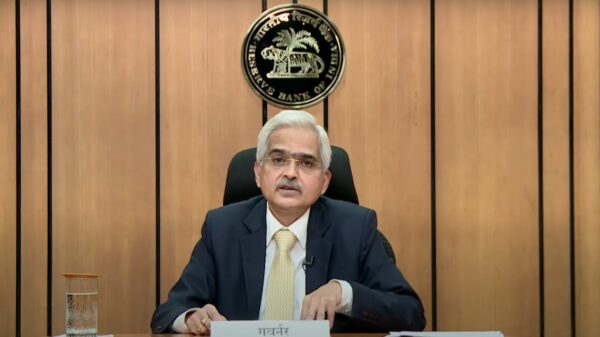 NEW DELHI : Reserve Bank Governor Shaktikanta Das awared about upside risks to the 5.3 per cent inflation forecast for the current fiscal, saying the recent cut in excise duty on diesel and petrol as well as better management of supply-side issues on the food front have contained inflationary expectations.

These measures are significantly positive for inflation management, he said.

After months of calls for reducing taxes on fuels, the government, last week, cut the excise duty on diesel and petrol by Rs 10 and Rs 5 per litre, respectively. Most of the states followed suit and the cumulative impact is that in most markets, petrol is ruling under Rs 100 a litre now.

Even at the lowered rates, the duties and taxes constitute over 50 per cent of the retail price.

Before the reduction, the duty used to contribute over 60 per cent of the retail prices of the fuels.

Even Das himself has been urging the government to lower the taxes and duties to help the central bank meet its inflation mandate.

Inflation has for long been a supply-side issue, and fortunately, that has been managed well this time, helping food inflation to be brought under control, he noted.

However, the governor warned that core inflation still remains elevated and needs to be addressed.

Addressing a function organised by the financial daily Business Standard, Das said, “Traditionally our inflation has been mainly caused by supply-side factors, but fortunately that has been addressed by the government.”

“Food inflation started off first with edible oils, then moved onto pulses and then fuel inflation added to it. But having addressed the supply side issues well, we should be able to meet our forecast, made pre-excise duty cut, of 5.3 per cent of the year ending March.

“All these measures have contributed to bring down retail inflation and augur well for its management,” Das said.

So, food inflation by and large looks to be now under control, he pointed out.

On inflation expectations, Das, who completes his first three-year term on December 10, said, “So far as we are concerned, our expectation is that it will be in line with our projection of 5.3 per cent for the full fiscal, and the petrol and diesel price cut was not priced in this forecast”.

Now, it looks this is very positive for inflation management, Das said, adding, “So, we are sticking to our last projection”.

Further, the RBI chief cautioned about high core inflation. “As far as we are concerned, core inflation has always remained elevated, and that is a policy challenge, and we are keeping a very close watch of the evolution of core inflation.”

Globally, the inflation outlook is grim given the rising energy and steeply rising prices of commodities like crude and steel. “Though some of them have already peaked, we have to be very careful,” he said.