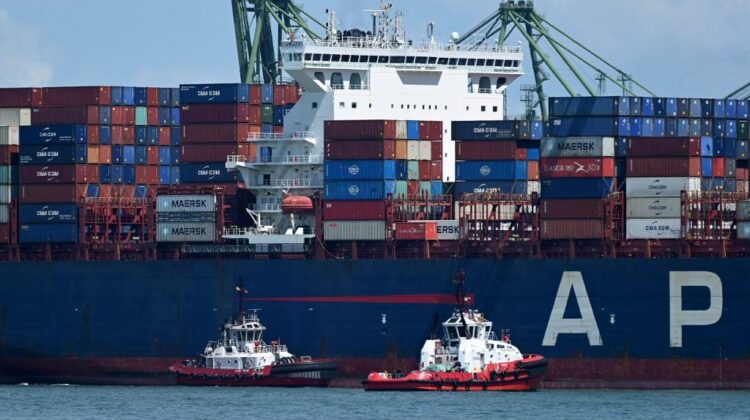 SINGAPORE : Logistics and shipping firms will be able to securely share more data on the movement of goods when a new trade data exchange is rolled out in 2022, enabling them to optimise operations.

The movement of goods is often marked by “significant” inefficiencies such as depot and warehouse congestion, multiple shipping forms requiring similar information and inaccurate tracking of orders on the buyers’ end, said Mr Heng.

Describing it as a breakthrough, he said SGTraDex will allow stakeholders to “plug and play” and exchange information with other firms in a secure manner. Data that would have been previously unavailable or difficult to obtain, such as real-time cargo location, will also become easier to access.

The pilots showed that SGTraDex will help to strengthen the financing integrity of trade flows, optimise logistics functions across supply chain partners and improve visibility on transactions, the Infocomm Media Development Authority (IMDA) said in a media release.

The common data infrastructure for supply chain stakeholders was conceptualised by the Alliance for Action on Supply Chain Digitalisation, convened by the Emerging Stronger Taskforce to chart Singapore’s post-pandemic economic recovery.

The trade data exchange is part of a suite of digital infrastructure being developed that also includes the Singapore Financial Data Exchange (SGFinDex) launched in December.

SGTraDex also has the flexibility to be the data infrastructure for other sectors ranging from construction to aviation, said IMDA.

Even as 5G networks are expected to cover one-third of the world’s population by 2025, Singapore will need to “look ahead at the next bound”, said Mr Heng in his address at the Asia Tech x Singapore summit.

The FCP will set up R&D testbeds for future generations of communications technologies, facilitate industry adoption of these technologies and support research and master’s-level scholarships in these areas, said IMDA.

The programme is set to be hosted by the Singapore University of Technology and Design.

The FCP will also pursue international collaboration, starting with a memorandum of understanding with the 6G Flagship Office of Finland, said IMDA.

While the digital revolution was well underway before COVID-19, the pandemic has “turbocharged” the pace of digital change, said Mr Heng.

“The force of digital technology can propel the next wave of global growth and lift us out of the worst recession in a century,” he said.

However, technology must be used as a “force for good” even as the world seeks to unlock its full potential.

“We must wield it in a way that will improve lives and the environment, and work hard to ensure that a growing digital arena does not result in a widening digital divide.”