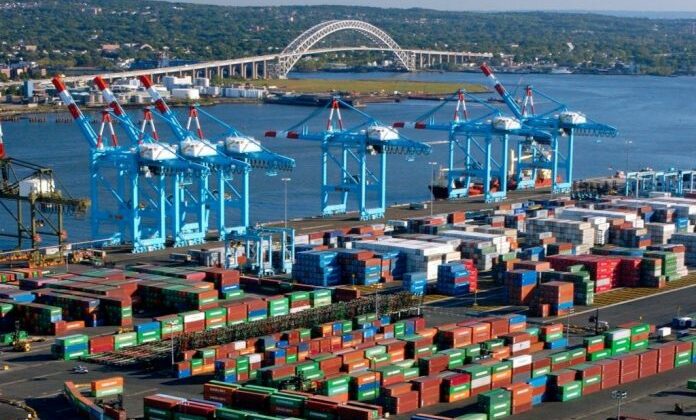 In particular, June’s total volumes at the US port rose by 46.6% in comparison to the same month last year, handling 749,400TEU, while the total box volumes from January through June reach approximately 4.4 million TEU.

Both imports and exports saw a significant spike in June, with imports totalling  388,449TEU which translates to a 45.6% increase compared to the corresponding month of the previous year. At the same time, exports rose by 47.6%, totalling 360,951TEU.

From January through June, imports at the Port of New York and New Jersey reached more than 2.25 million TEU, representing year-on-year growth of 31.1%, while exports saw almost the same level of increase, 30%, with total volumes of more than 2.1 million TEU.

Meanwhile, export empties also had an outstanding growth of 69% compared to the same period of last year, with 247,964TEU, while they totalled more than 1.44 million TEU from January through June, which translates to a year-on-year increase of 46.1%.

Last but not least, rail volume also showed strong gains in June, as they rose by 17.2% from the previous June, totalling 58,446 containers. Rail volumes from January through June were 10.1% greater compared with the same period of 2020.