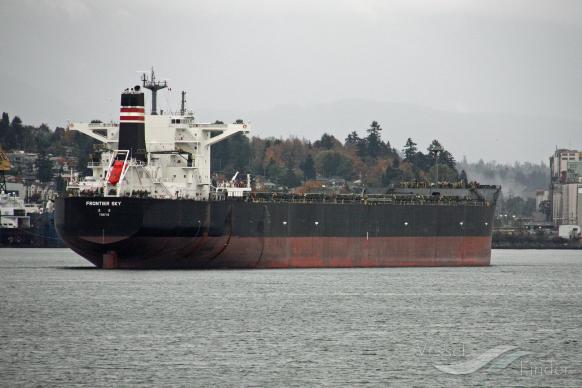 Biofuels are considered to be carbon-neutral because the carbon dioxide that is absorbed by the source of the biomass is equal to the carbon dioxide that is released when the fuel is burned. With increasing demands for reducing greenhouse gases emitted from ships by oceangoing shipping around the world, biofuels are currently attracting attention as an alternative fuel for ships to replace heavy oil.

In this test voyage, the vessel was fueled with biofuel by Toyota Tsusho Petroleum Pte. Ltd. at the port of Singapore on November 14 and a test voyage was conducted on a route to the port of Dhamra, India.

This test voyage was realized by matching the objectives of Tata Steel, which aims to decarbonize marine transportation in the supply chain, and NYK, which wanted to further verify the safety and quantity of GHG reduction following the company’s second successful trial use of biofuel. NYK provided technical support, such as biofuel refueling arrangements and engine operation planning, and Tata NYK provided operational cooperation for the test voyage. The knowledge gained from this test voyage will be shared among Tata Steel, NYK, and Tata NYK the three companies will continue to collaborate with Tata Steel in an effort toward decarbonization.

Going forward, the NYK Group will further examine biofuel greater use within the group’s fleet, as we seek to provide maximum solutions for our customers’ drive toward decarbonization and further expand our efforts regardless of industry or region.

On February 3, NYK released the NYK Group ESG Story,* which aims to further integrate ESG into the company’s management strategy and promotes activities that contribute to the achievement of the SDGs (Sustainable Development Goals) through business activities. To strongly promote ESG management, NYK will continue its efforts for decarbonization and realizing carbon neutral marine transportation and supply chains, in addition to new value creation as a sustainable solution provider.