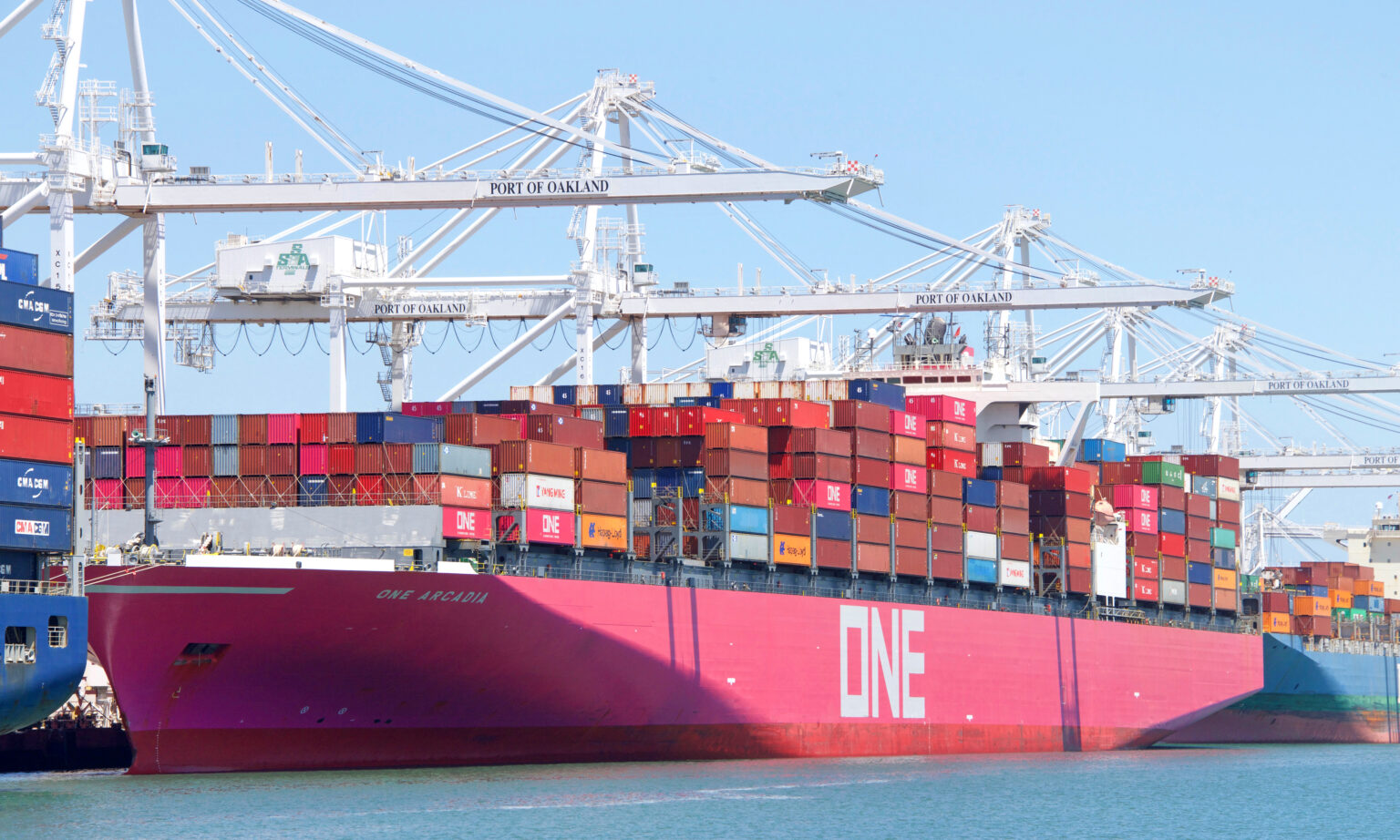 ONE said in its earnings report that “profit significantly increased” in large part because of the continuing strong market. The carrier included three bullet points:

ONE said its operational costs did increase due to faster vessel speeds to improve schedule reliability. “Cost-saving initiatives progressed, but additional costs increased due to shoreside and inland congestion.”

ONE said a resurgence of COVID-19 outbreaks has made a full-year forecast difficult, although it did say it expects first-half profit of about $6 billion at the close of its second quarter on Sept. 30.

“The economic environment is now changing as the global situation of COVID-19 changes,” ONE said. “It is therefore extremely difficult to make a performance forecast and as such, ONE’s forecasts for FY2021 are yet to be finalized.”

ONE does not include commentary from CEO Jeremy Nixon in its earnings release, but in a separate presentation on first-quarter initiatives, he was quoted as saying, “There are still risks ahead due to the overall low vaccination levels in many countries, which can lead to sudden changes in labor availability and operational conditions. The industry overall has deployed every spare vessel and container and the order book for new tonnage this year has sharply picked up for 2023-24 delivery.

“Ultimately demand and supply will come back into balance, but we remain conservative in trying to predict when this may or may not happen,” Nixon said.

German carrier Hapag-Lloyd is not so conservative. On Friday it raised its full-year forecast and expects 2021 EBITDA in the range of $9.2 billion to $11.2 billion.

“Global demand for container transport remains at a high level. However, operational disruptions along the entire supply chain continue to cause significant delays and thereby contribute to the shortage of transport capacity,” Friday’s announcement said. “Hapag-Lloyd therefore expects earnings momentum to remain very strong in the second half of the financial year. Previously, a gradual normalization of the earnings trend had been expected for the second half” of 2021.