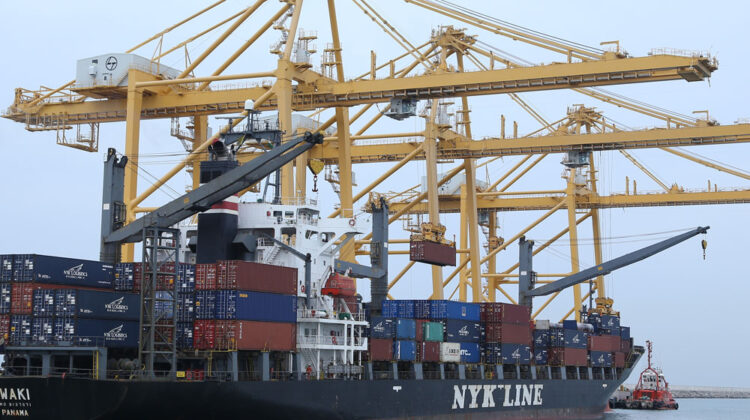 Opposition parties are putting pressure on the Tamil Nadu administration to cancel the public hearing on Adani’s expansion at Kattupalli Port near Chennai. The public hearing is scheduled on January 22. The Company’s current application is for environmental clearance for a Rs 4,000 crore port and harbour project that is part of a Rs 53,400 crore masterplan.

K Kanimozhi, Member of Parliament and senior Dravida Munnetra Kazhagam (DMK) leader said that the plan that Adani Ports submitted to develop Kattupalli port contains major issues that the government needs to carefully assess. The government shouldn’t take flooding, ecological damage and threats to livelihood of the local population lightly. Tamil Nadu needs to invest in industrial development, but it can’t come at the cost to ecology and environment.

Another DMK MP, Kalanidhi Veeraswamy, wrote to the district collector asking him to cancel the public hearing. In his letter he alleged the project is illegal and a prohibited activity. The proposed master plan includes components that will involve the conversion of wetlands into an industrial area. This will have disastrous implications for the flood security and drinking water security of Chennai, he alleged. Quoting various studies, he said the project is set to come up in Kattupalli, Kalanji and Karungali villages, which are part of a high eroded coastal stretch.

MDMK party General Secretary and Rajya Sabha member Vaiko said the expansion project will impact the environment and the people and it will be stopped. Nityanand Jayaraman, an environmental activist added that the project is set to come up on wetlands and ecologically fragile sand dunes on the Kattupalli Barrier island near the Pulicat Wildlife Sanctuary. The company’s proposal for a megaport is illegal on several counts. By falsifying vital information and suppressing other critical facts, it has managed to get its proposal past the Expert Appraisal Committee of the Ministry of Environment, Forests and Climate Change.

He alleged the project will lead to potential increase in pollution, will impact biodiversity, risk of flood will increase and drinking water resources will be impacted.

Adani’s proposal to set up a mega port capable of handling 320 MTPA makes no business sense. Consider the following: All major ports in Tamil Nadu put together have a total cargo handling capacity of 253.9 MTPA. But total cargo handled in 2019-2020 (before the Covid-19 lockdown) was a meagre 114.9 MTPA. In other words, 55 per cent of the existing port capacity in Tamil Nadu is lying idle. Launching a new mega port is unjustified and its viability hinges on killing the business of existing ports. That will have a dangerous impact on the jobs of people already working in these facilities, said Jayaraman.

The Adani group had acquired 97 per cent stake in the Kattupalli port, owned by Marine Infrastructure Developer Private Limited, from Larsen and Toubro for Rs 1,950 crore in 2018.

An Adani spokesperson said, “Adani Ports & SEZ, as a responsible corporate citizen, always strives to operate responsibly in an environmentally sustainable manner. The construction of ports and harbours is a permissible activity as per CRZ Notification 2011 & 2019 and EIA Notification 2006 notified by the Government of India.”

The proposed expansion’s component-wise activity and their compatibility with the prescriptions of CRZ Notification 2011 and 2019 has been detailed in the EIA Report. The ecologically vulnerable areas which are not permissible have been excluded from the project development plan bearing in mind the sustenance of the localized ecological needs. The Terms of Reference (TOR) for conducting the EIA study had therefore been prescribed after evaluating the project site appraisal and with a site visit by an expert committee of MoEF&CC, Government of India, he said.

He added, so far as the scenario of ports in Tamil Nadu is concerned, as per Tamil Nadu government data, the state recorded $30.5 billion worth of exports contributing about 9.3 per cent of exports in India in 2018-19 and the state has ambitious plans to further enhance its contributions to the country. According to market projections, cargo throughput in the state shall be more than 300 MTPA by 2025. Our vision of capacity addition in Tamil Nadu would just not bring the logistics costs down but position the state as a prominent logistics hub fueling exports in the region. The project is also likely to add 15,000 direct and indirect jobs in the state, the Adani spokesperson said.

According to the project document, the company has proposed to build a port for multi-purpose uses (including liquid) and will handle 320 MMTPA a year (including existing 24.65 MTPA) at an investment of about Rs 53,031 crore.

According to Adani’s revised plan, sea port infrastructure is grossly inadequate for the nation to meet its growth targets, to successfully integrate Indian trade with the global economy in terms of productivity, efficiency, state-of-art technology and to surpass global developments in the Shipping sector.

Due to proposed project expansion the surrounding population would benefit the most from upcoming industries and allied ancillary units in form of direct and indirect employment, self-employment and start up, skill development opportunities and improved socio-economic conditions.