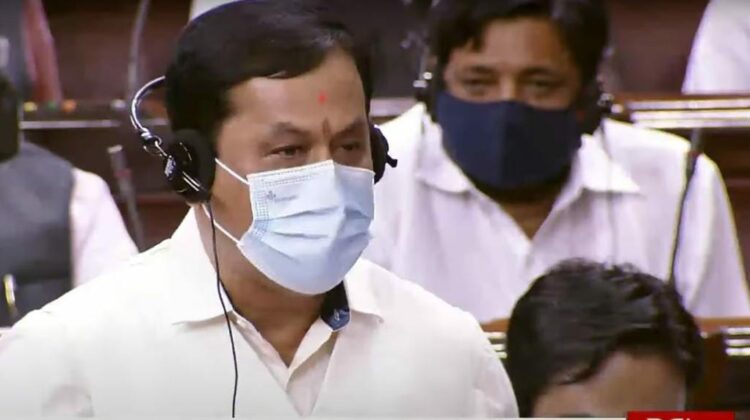 NEW DELHI : Parliament on Tuesday passed the Marine Aids to Navigation Bill 2021, which aims to replace over 90-year-old Lighthouse Act 1927, to incorporate the global best practices, technological developments and India’s International obligations in the field of Marine Aids to Navigation, to fulfill the vision of the Prime Minister Shri Narendra Modi, to make the legislative framework user-friendly and to promote ease of doing business. Union Minister for Ports, Shipping and Waterways Shri Sarbananda Sonowal moved the bill in Rajya Sabha on 19.07.2021 and it was passed today. Now the bill will go to the President for his assent.

Union Minister of Ports, Shipping and Waterways, Shri Sarbananda Sonowal said that this initiative is part of the proactive approach adopted by the Ministry of Ports, Shipping and Waterways by repealing colonial laws and replacing them with legislations catering to modern and contemporary needs of the maritime industry. Shri Sarbananda Sonowal also added that the bill aims to adopt state-of-the-art technologies of marine navigation which were not covered under the statutory provisions of the old Lighthouse Act 1927.

The administration and management of Lighthouse and Lightships in India is governed by Lighthouse Act 1927 for safe navigation. At the time of enactment of Lighthouse Act 1927, there were only 32 Lighthouses in the then British India spread across six regions viz. Aden, Karachi, Bombay, Madras, Calcutta and Rangoon. Post-Independence, 17 Lighthouses came under the administrative control of India, which have now increased manifold to meet the growing needs of the shipping industry. Presently, there are 195 Lighthouses and number of advanced radio and digital aids to navigation administered under the said Act.

As the technology evolved, systems were put in place where with the help of Radar and other sensors, vessels were advised from shore about the position and thus Vessel Traffic Services (VTS) came into existence and found wide acceptability. These modern, technologically improved aids to marine navigation systems have changed their profile from a ‘passive’ service to that of ‘passive as well as interactive’ service.

Lighthouses have also been globally identified as a major tourist attraction due to scenic location, typical architecture and heritage value.

The need for enactment of a new Act is necessitated to provide an appropriate statutory framework which reflects the modern role of marine aids to navigation and to be in compliance with India’s obligations under International Conventions.

The new Act will facilitate harmonized and effective functioning of aids to marine navigation and Vessel Traffic Services along the Indian coastline. The benefits include:

I.          Improved Legal Framework for Matters related to Aids to Navigation & Vessel Traffic Services and covers the future developments in the field of Marine Navigation.

II.        Management of ‘Vessel Traffic Services’ for enhancing the safety and efficiency of shipping and to protect environment.

III.       Skill development through Training and Certification for the operators of ‘Aids to Navigation’ and ‘Vessel Traffic Services’ at par with International standards.

IV.       Auditing and Accreditation of Institutes to cater to the need of Training and Certification at par with global standards.

VI.       Development of Lighthouses for the purpose of education, culture and tourism, which would tap the tourism potential of coastal regions and contribute to their economy.