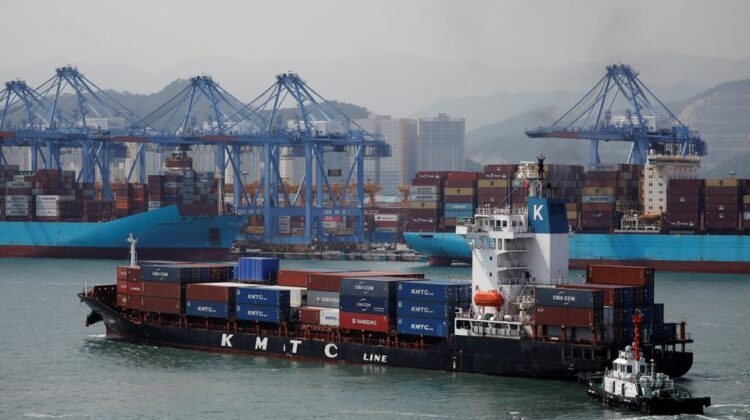 LONDON : There could be a shortage of merchant sailors to crew commercial ships in five years if action is not taken to boost numbers, raising risks for global supply chains, a report said.

The shipping industry is already struggling with crewing shortfalls due to the coronavirus pandemic, a situation that will exacerbate expected labour supply problems over the next few years, according to the study published by trade associations BIMCO and the International Chamber of Shipping (ICS).

The Delta variant of the coronavirus has hit hard in parts of Asia and prompted many nations to cut off land access for sailors. That’s left captains unable to rotate weary crews and about 100,000 seafarers stranded at sea beyond their stints, in a flashback to 2020 and the height of lockdowns when over 200,000 merchant sailors were stuck on ships.

The study released by BIMCO and ICS estimated that 1.89 million seafarers were operating over 74,000 vessels in the global merchant fleet.

The Seafarer Workforce Report, which was last published in 2015, predicted that an additional 89,510 officers would be needed by 2026, based on projections for growth in shipping trade, and said there was a current shortfall of some 26,240 certified officers, indicating that demand for seafarers had outpaced supply in 2021.

“We are far beyond the safety net of workforce surplus that protects the world’s supply of food, fuel and medicine,” said ICS secretary general Guy Platten.

“Without urgent action from governments the supply of seafarers will run dry.”

The report said more emphasis was needed to recruit and retain seafarers.

Platten, citing industry surveys, added that as few as 20% of seafarers around the world had been vaccinated against COVID-19 and urged governments to prioritise “essential transport workers for vaccinations”.

“Combined with a surge in demand for labour, this is pushing global supply chains to breaking point,” he added.

“Countries which supply most of the world’s seafarers, such as the Philippines, Indonesia and India have limited access to COVID-19 vaccines, threatening further supply chain instability without rapid action at a national level.”