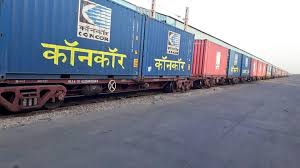 Multiple official sources told BusinessLine that such a plan was floated during a recent maritime strategy session during which the Jawaharlal Nehru Port Trust (JNPT) and Chennai Port Trust, among others, were sounded out for a potential partnership to take it forward.

The idea was to examine the potential synergy for state-owned ports, from acquiring Concor, India’s biggest rail hauler of containers,

But the huge deal size, estimated to cost between ₹15,000 crore and ₹20,000 crore, is proving to be a stumbling block in this effort.

JNPT, India’s biggest state-owned container port and one of the few cash rich ones among the dozen ports run by the Centre, has its hands full in setting up the Vadhavan port in Maharashtra by dipping into its cash reserves of some ₹5,000 crore.

The new port, estimated to cost ₹65,544.54 crore, will be built by a special purpose vehicle (SPV) formed under the Companies Act in which JNPT will hold an equity stake equal to or more than 50 per cent. The Vadhavan port project was granted in-principle approval by the Union Cabinet in February 2020.

“JNPT has a clear responsibility and liability on Vadhavan,” said an official.

The port, near Mumbai, has hence informed the Ministry of Ports, Shipping and Waterways that “it may not be possible for JNPT to bid for Concor”, leaving it to the ministry to look at alternatives.

Transport is classified as a strategic sector, according to the New Public Sector Enterprise policy, whereby a minimum presence of the existing public sector commercial enterprise at holding company level will be retained under government control.

The Department of Investment and Public Asset Management (DIPAM) that oversees the asset sale programme of the government is awaiting cabinet approval for a land licensing fee policy ahead of seeking expression of interest from potential buyers for the privatisation of Concor.

The government has decided to privatise Concor by selling 30.8 per cent of its 54.8 per cent stake in it to a private company along with transfer of management control.

Some say asking state-owned major port trusts to buy Concor would “defeat the philosophy of privatisation”.