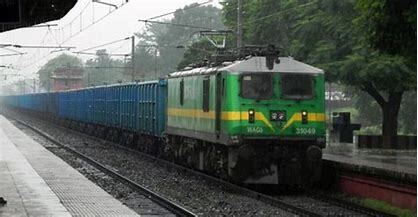 Inter-ministerial deliberation between NITI Aayog, Ministry of Finance and Ministry of Railways on the funding model for freight corridor PPP and freight asset monetisation has been inconclusive

A top government source told Business Today that file on PPP model for dedicated freight corridor was sent to NITI Aayog almost two months back. Inter-ministerial deliberation between NITI Aayog, Ministry of Finance and Ministry of Railways on the funding model for freight corridor PPP and freight asset monetisation has remained inconclusive since then, according to the source.

He also pointed out that the Ministry of Railways is consulting the Rail India Technical and Economic Service (RITES) to suggest monetisation models for the commissioned sections on the freight corridor. “There is no progress so far,” the top source pointed out.

Emphasising on railway projects like the dedicated freight corridor (DFC), FM Sitharaman had said in the Budget speech: “Railways will monetise dedicated freight corridor assets for operations and maintenance, after commissioning. The Sonnagar-Gomoh Section (263.7km) of Eastern DFC will be taken up in PPP mode in 2021-22. Gomoh-Dankuni section of 274.3km will also be taken up in short succession.”

Dedicated freight corridor is an exclusive freight route for uninterrupted and faster movement of goods, containers and parcels and other commodities. Two corridors, between Delhi and Mumbai (Western DFC) and Ludhiana and Dankuni (Eastern DFC) spanning over 3,000km, have been in construction since 2006.

It is these operational sections of the DFC that the Ministry of Finance has proposed for asset monetisation in the Budget. Also, Railway Ministry’s plans to implement Sonnagar-Dankuni section on PPP mode found a mention in the budget. The project will come up at an investment of over Rs 15,000 crore.

Sources close to the development have, however, told Business Today on condition of anonymity that even though asset monetisation and PPP have been elaborately laid out in the Budget, the government is finding it difficult to finalise a funding model for the same.

A government source close to the development told Business Today, “NITI Aayog, Ministry of Finance and Ministry of Railways have held several rounds of discussion on the model for freight corridor asset sale and PPP sections of the freight corridor. No final decision has been taken yet.”

Being asked what is the key hurdle in the funding plan for freight corridor PPP and asset sale, a Railway Ministry source pointed out that the key issue is how to hard wire the security and safety aspects in the PPP model.

“Railway operations and maintenance requires a lot of safety related practices. It is currently being deliberated how to hard wire those aspects in the concession agreement,” the Railway Ministry source said.

“Also, a number of questions are open ended currently. For example, what will be the eligibility for a prospective bidder with regard to safety and what will be the revenue sharing in the concession agreement if the maintenance is done by the Indian Railways,” the Railway Ministry source pointed out.