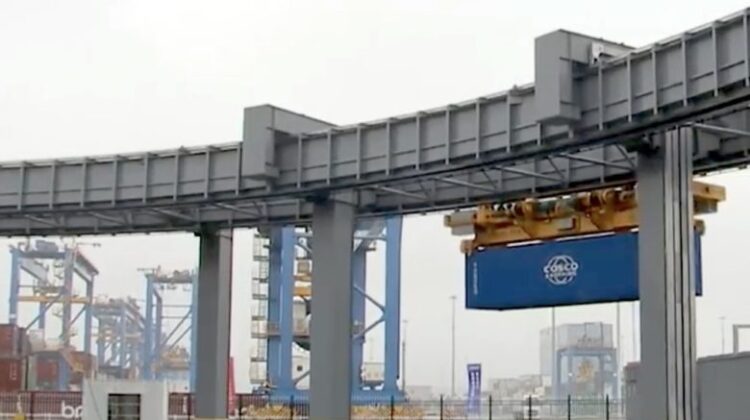 The Port of Qingdao in northeast China has unveiled the next chapter in its ongoing ambition to be among the most tech savvy maritime destinations in the world.

The state-run entity’s new skyrail moves boxes above ground, often on to autonomous trucks, in a pioneering move that it says frees up much space in the busy port.

The first 620 m stretch of the skyrail was opened last week. The full project will see the aerial container handling system stretch 9.5 km across the port, handling 1.5m containers a year.

The electric overhead rail system covers just 30% of equivalent road space, helping solve traffic congestion in the port as well as cutting down on pollution levels.

Qingdao has long served as a petri-dish for Chinese port tech.