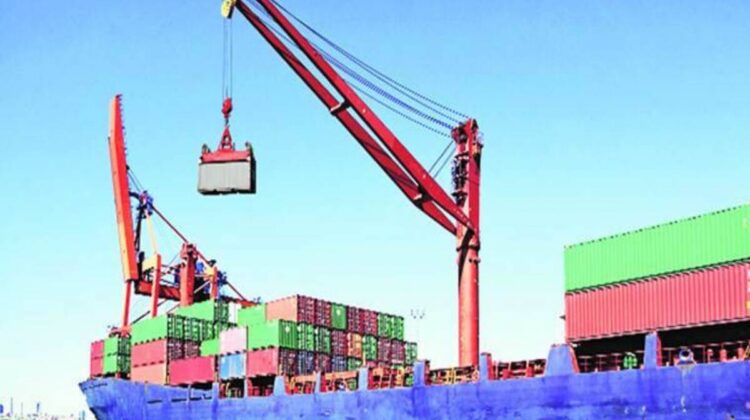 NEW DELHI : Exporters, which are majority MSMEs dealing with uncertainty while finalising and negotiating new export orders, have been urging the government for immediate notification of rates to factor them and overall guidelines while executing new orders.

Remission rates and guidelines for export items under the new Remission of Duties and Taxes on Exported Products (RoDTEP) scheme are likely to notified in 10 days, Ajai Sahai, Director General and CEO, Federation of Indian Export Organisations (FIEO) told Financial Express Online. During the implementation of the scheme on January 1, 2021, the Ministry of Finance had said that it would “shortly” notify the details of export goods (tariff lines) eligible for the scheme, the applicable RoDTEP rate, value caps (wherever applicable) on such eligible goods/tariff lines, the excluded category of exports, other conditions and restrictions, and the procedural details for grant of RoDTEP duty credit, and utilisation. However, exporters — majority MSMEs dealing with uncertainty while finalising and negotiating new export orders — have been urging the government since then for immediate notification to factor rates and overall guidelines for executing new orders.

“We are expecting rates to be notified very shortly, in a week to 10-day time or maybe this week only. I have been given to understand that it has come to Commerce (ministry) and the issue has been discussed. I’m pretty hopeful that rates and guidelines will be notified this week or latest in the next 10 days,” Sahai said.

The RoDTEP scheme, which had replaced the Merchandise Exports from India Scheme (MEIS) on January 1, 2021, to improve the global competitiveness of Indian exports, was approved last year for reimbursement of taxes, duties, and levies at the central, state, and local level. These were earlier not refunded but incurred in the process of manufacture and distribution of exported products.

The scheme was budgeted only Rs 13,000 crore for FY22 — way below its initial estimated annual cost of Rs 50,000 crore and also only a third of the Rs 39,097 crore approved by the government for exporters in FY20 under MEIS for many sectors, Financial Express had reported in March. Last month, Commerce Minister Piyush Goyal had also informed Rajya Sabha MP Suresh Prabhu that the Department of Commerce and Department of Finance are under active consultation for early finalisation of the scheme’s guidelines and rates. The GK Pillai panel was tasked with rates recommendation for the RoDTEP scheme.

With a budget lower than expected, exporters believe that RoDTEP rates would be less than the MEIS rates. The incentives under MEIS ranged from 2 per cent to 5 per cent of the free-on-board (FOB) value of exports. “In most of the cases, we should be ready for less than the MEIS rates looking into the budget which has been allocated or unless the government takes a call to not to restrict it with the budget allocation. But if rates are restricted with budget indication, I think we should expect them in most of the cases to be less than MEIS,” added Sahai.

Moreover, Indian exporters have been facing challenges in terms of lack of liquidity amid the Covid pandemic. However, there has been no loss of orders. “Since we have a very good order booking position, the delay in rates notification has not impacted much but it has caused liquidity challenge. Fortunately for India, the orders are constantly flowing and we are still flush with orders. Of course, it has put pressure on liquidity, affected the profitability of exporters as the money which was due to them in January, if it comes in June or July then they would have to borrow for that much of time. So, the profitability of the exporter today is probably at the lowest ebb at this point of time,” said Sahai. To avail scheme, the exporter has to claim for RoDTEP in the shipping bill by making a declaration. The claim will be processed by the Customs post export general manifest (EGM) is filed. Further, a scroll with all shipping bills for admissible amount is generated and made available in the user’s account at Indian Customers Electronic Gateway (ICEGATE).