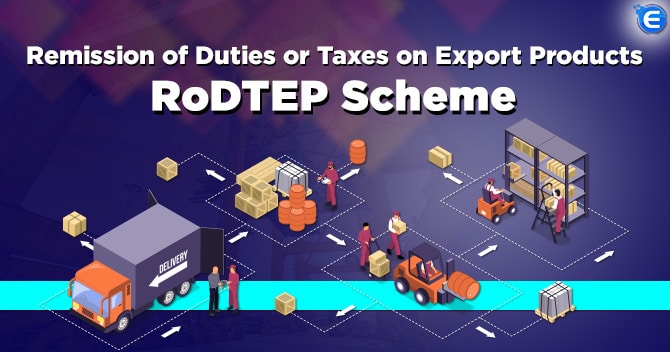 With this, it is expected that exporters would benefit from better rates for fresh orders. Employment-oriented sectors like marine, agriculture, leather, gems & jewellery are covered under the scheme. Other sectors like automobiles, plastics, electricals and machinery will also get support. At present, sectors like pharma and steel are not included.

In sectors like electricals, glass valves and tubes for products are included under the scheme.

This would mean the small component manufacturers that make and export these products will benefit.

Sitaram C Gandhi, MD at GBC Glassworks that manufactures glass valves and tubes for use in India and global export globally told that this will help get rebates for additional taxes and allied production costs.

“Fuel taxes and electricity duties were not being refunded by the government. But now we will be eligible for those. The exact quantum of rebates for each product are not very clear and we are waiting for the publication of those details,” he added.

The RoDTEP scheme will be India’s biggest, and realistically, only export promotion scheme. According to the government’s own estimates, it is expected to significantly impact India’s competitiveness, trade flows and export numbers over the next 5-10 years.

Chandrajit Banerjee, Director General, CII, said that at a time when geopolitics and the post-pandemic impact are transforming global trade and investment, India’s mission mode endeavours to achieve the $400 billion in exports this year will be supported by this scheme.

“The move of extending the RoDTEP Scheme with effect from January 1, 2021, for different sectors at the different rates of 0.5 percent, 2.5 percent and 4 percent, will allow traders to take advantage of the global tailwinds. Going forward, this scheme will make the Indian exporters more cost-competitive and create a level playing field for them in the international market,” he added.

Pharmaceutical products such as formulations, APIs, and speciality chemicals didn’t make it to the list of RoDTEP announced by the government.

Under the MEIS regime, the government provided duty benefits at different rates depending on the product and the country.

“We are in a wait and watch mode, pharma trade bodies such as Pharmexil, IDMA, BDMA have given representations to the government on this,” said Santhanam Subramanian, Chief Financial Officer of Aurobindo Pharma.

Aurobindo Pharma being primarily an export-driven company has been hit by the government withdrawing the MEIS regime.

“We are happy that the government began rolling out the scheme, we hope that it will extend the benefit of RoDTEP to pharmaceutical exports as well,” Subramanian. India pharma exports grew 18.7 percent to $24.44 billion in FY21.

The RoDTEP scheme will be India’s biggest, and realistically, only export promotion scheme. According to the government’s own estimates, it is expected to significantly impact India’s competitiveness, trade flows and export numbers over the next 5-10 years.

“We provided all the data to the government; the pharma sector is strategic in terms of exports. But we don’t know why pharma is left out; it should be covered,” said Sudarshan Jain, Secretary General, Indian Pharmaceutical Alliance .IPA represents large domestic pharmaceutical companies. In the MEIS, pharma exporters used to get 2-3 percent rebates. Jain said that they are seeking at least a 3 percent rate for pharma.