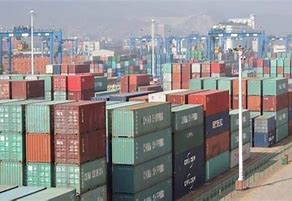 NEW DELHI : Ludhiana In a pandemic-ridden world, all natural elements appear to have ganged up against Ludhiana’s industry. After braving a crippling goods train stoppage just a few months ago, transporting shipments over water has emerged as a major worry for exporters.

Ocean freight rates have risen at least 3.5-fold (250%) over the past six months and the local industry, which accounts for a major chunk of the country’s exports, says shipments are either being delayed or held back. The industry has also written to the Prime Minister’s Office (PMO) to address the crisis.

A combination of factors has led to the higher shipping costs, with soaring demand amid stimulus packages the key. Saturated ports and not enough ships, dockworkers and truckers has aggravated the situation. Easing of restrictions after the second Covid wave is another contributing factor.

From Ludhiana, yarn forms the major chunk of exports at about 25,000 TEUs (twenty-foot equivalent unit) a year. Of this, hosiery accounts for 4,500 TEUs; export of rice follows at 2,000 TEUs. Export of bicycles, spare parts, auto-part components and engineering goods add another 1,700 TEUs.

“For some destinations, the freight has increased between 500% and 600% (six-seven times); this increase is for the west coast of the US and Latin America. Cities like Los Angeles and Seattle are majorly affected. Even as we are ready to pay the higher rate, vessels are not available as ports are congested. There is a waiting time of two-three weeks in countries along the west coast. Shipping lines are minting profits, with the only silver lining being that our main competitor, China, is also in the same boat,” said Amit Thapar, vice-chairman, Confederation of Commerce and Industry (CII), Punjab.

Upkar Singh Ahuja, president, Chamber of Industrial and Commercial Undertaking (CICU), said, “Our Export Promotion Committee is working to resolve issues of members with the Directorate General of Foreign Trade (DGFT), under the Union ministry of commerce.”

Sarvjit Singh, co-convener, export committee, CICU, said a consignment to East Africa which used to cost $1,400 (just over ₹1 crore) is now costing $4,800 (around ₹3.5 crore). He added, “Shipping companies are charging huge amounts and exporters have to pay up for the fear of losing customers. The nexus between top officials of shipping lines and some freight forwarders is behind the steep increase in ocean freight rates. If the practice continues, exporters might have to shut shop. Rates gone up to 250% (3.5 times), which is forcing exporters to delay or hold the shipment.”

An export committee member, chartered accountant Abhilesh Aneja, said the average container price (40 feet) from India to the US has risen 3-5 times.