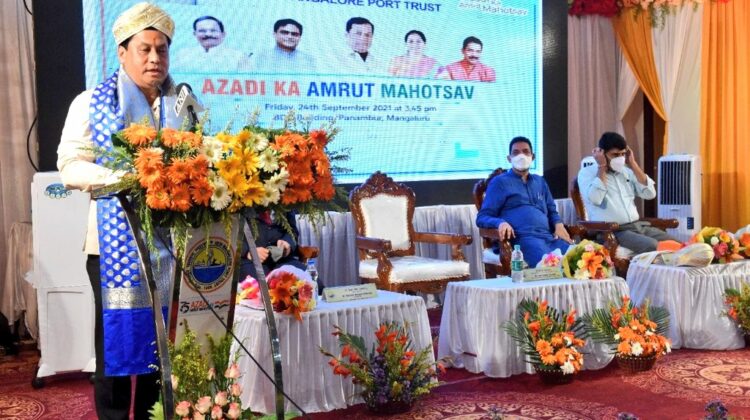 MANGALURU : The Union Minister for Ports, Shipping and Waterways Sarbananda Sonowal, has promised the establishment of a gas terminal at New Mangalore Port in the near future.

Speaking to mediapersons after inaugurating the Business Development Centre of the New Mangalore Port Trust in Mangaluru on Friday, he said the gas terminal will be set up with an investment of around ₹3,000 crore. Such a facility will help improve the capacity of the port, and will give a different identity to the port, he said. However, he did not give the time frame for the completion of the project.

Earlier in the day, Sonowal also laid the foundation stone for a truck parking terminal and modification of the US Mallya Gate at NMPT.

Addressing the inauguration of the BDC, he said over the years NMPT handled 36.50 million tonnes of cargo in 2020-21. He said the port is known for its sustainability initiative by achieving 100 per cent solarisation and self-sufficiency in water requirements. NMPT is the biggest exporter of coffee and second largest importer of LPG in the country, he said.

Being the only major port of Karnataka, NMPT has catered to the trade emerging from the hinterland for close to half a century. On the occasion of ‘Azadi ka Amrut Mahotsav’, marking the 75th year of Indian independence, the port is ever ready to take on new challenges in realisation of the aspiration of the nation, he said.

Nalin Kumar Kateel, Member of Parliament from Dakshina Kannada, said various road infrastructure have been initiated in the will help improve connectivity.