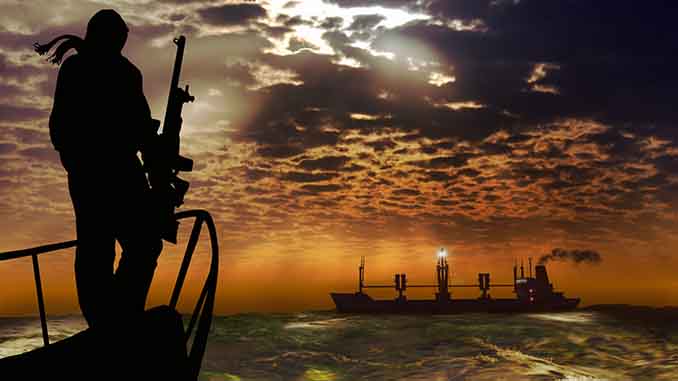 Ship robbery at Asian water increased by nearly 4% in 2022 compared to the previous year. In the just concluded year some 80 incidents took place, compared to 77 in 2021, according to ReCAAP Information Sharing Centre, an inter-governmental agency that works on combating piracy and armed robbery against ships in Asia.

Data shows that a number of incidents occurred at the Straits of Malakka and Singapore while Indonesia, India, Bangladesh, and the Philippines are also on top of the list.

Straits of Malacca and Singapore were top of the list with 55 incidents reported in 2022 compared to 50 incidents in 2021 and 34 incidents in the previous year.

Whereas no incident was reported in 2021, Bangladesh emerged again as another hotspot for robbers in 2022 with five incidents reported, similar to that in 2020.

Reported incidents in Indian waters remained at five in 2022.

However, there is a good sign in Indonesia, which achieved to control the robbery incident in its waters, with nine incidents reported in 2022 against 13 in 2021 and 22 in 2020.

The ReCAAP ISC in its latest weekly report termed the continued occurrence of incidents in Singapore Strait as ‘areas of concern’.

It said the Philippine Coast Guard (PCG), after careful consideration of inputs from stakeholders and counterparts with vital involvement in securing the Sulu-Celebes Seas maritime security measure, recommended downgrading the threat on the ‘abduction of crew for ransom in the Sulu-Celebes Seas’ from ‘potentially high’ to ‘moderate’.

The moderate threat level implies that ‘incidents are possible to occur but are relatively less severe in nature’.

The ReCAAP ISC updated its advisory to all ships to consider re-route from the area as an option based on its prerogative, as the threat of abduction of crew in the Sulu-Celebes Seas has diminished since January 2020 due to successful military operations and robust law enforcement initiatives.

“For ships transiting the area, the ship masters and crew are strongly encouraged to exercise extra vigilance and report all incidents immediately to the Operation Centres of the Philippines and Eastern Sabah Security Command (ESSCOM) of Malaysia,” noted the regional initiative.

Also, ReCAAP ISC advised the ship master and crew to report all incidents of piracy and armed robbery against ships to the nearest coastal State and flag State, exercise vigilance and adopt appropriate preventive measures taking reference from the Regional Guide 2 to Counter Piracy and Armed Robbery Against Ships in Asia.