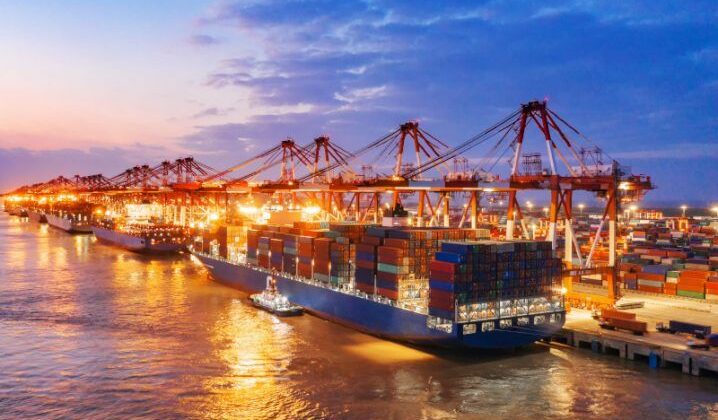 A consortium founded by eight international shipping giants is launching a new blockchain platform in a bid to revolutionise global trade.

The Global Shipping Business Network (GSBN) is an independent, not-for-profit consortium that aims to enhance collaboration in the global trade ecosystem using technology.

GSBN’s blockchain-enabled operating system was built in collaboration with US software giants Oracle and Microsoft as well as China’s AntChain and Alibaba Cloud.

The group said that blockchain technology will help it to enable collaboration between “disparate and often competing market participants”. It aims to facilitate the sharing of verified logistics data and streamline operations across supply chains.

While Oracle built the operating system’s underlying blockchain network, Microsoft Azure was chosen to build the platform layer for its “high scalability, functionality and security”.

AntChain, the blockchain technology branch of China’s Ant Group, and Alibaba Cloud were selected to lead the platform’s development for the Chinese market. Shipping tech company IQAX will be GSBN’s technology partner responsible for operating the platform.

“To ensure the control of data by GSBN members, data is encrypted before it is sent to the GSBN platform, hence, GSBN cannot see the data without the members’ authorisation,” the consortium said.

GSBN is headed by CEO and former CK Hutchinson data scientist Bertrand Chen, who worked in various Wall Street firms for more than a decade. Other members of the executive team include COO Alicia Lee and CTO Edmund To.

The move comes amid reports that China hit record levels of trade last month despite a global shipping crisis causing costs to skyrocket. Exports jumped up by 25.6pc compared to August last year, while imports increased by a third over the same period, according to customs statistics.