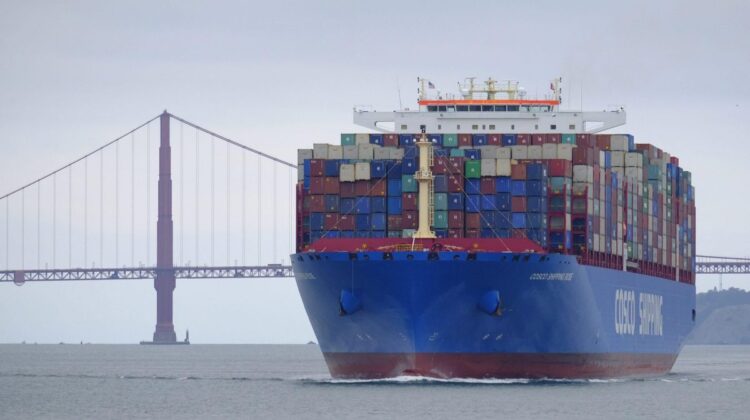 The world has never had a global price on carbon. Instead, more than 60 emission trading systems and taxes have been stitched together by national governments pricing a ton of CO₂, anywhere from less than $1(Poland) to more than $120 (Sweden). A coordinated international carbon price has been stymied by bureaucracy, jurisdictional disputes, industry resistance, and worries over international competitiveness.

But the blockade on international carbon price appears to be finally coming to an end. One of the most ambitious proposals has come from one of the world’s smaller countries: the Republic of the Marshall Islands (RMI).

Since March, the tiny chain of volcanic islands in the Pacific Ocean has been advancing a proposal before the International Maritime Organization (IMO), the UN agency regulating the industry, to impose a $100 per ton tax on all greenhouse gas (GHG) emissions in the international shipping industry. By 2050, it calls for a complete phase-out of fossil fuels.

If successful, it will be the first time such a high carbon tariff would be imposed on any global sector.

The Marshall Islands is a shipping heavyweight
Global shipping accounts for 3% of the world’s GHG emissions, mostly from dirty bunker fuel burned by bulk cargo carriers, oil tankers, and container ships. By 2050, this could exceed 20% of global emissions under a business-as-usual scenario, predicts the Institution of Mechanical Engineers, which is based in London.

For the Marshall Islands, a string of 29 coral atolls in the middle of the Pacific, global warming is an existential threat. Home to about 58,791 inhabitants, and only 10 meters at its highest point, the islands could be inundated by rising seas by 2080, researchers predict.

While the island nation wields little political power in international climate negotiations, it commands enormous influence in the IMO. The Marshall Islands’ ship registry is among the world’s three largest with more than 3,200 ships flying the country’s flag, including the world’s largest fleet of oil tankers. The RMI is now using that influence to push for climate action through the IMO, the only international body able to sanction such action.

“Full decarbonization of the sector must advance as soon as possible, and no later than mid-century,” wrote Albon Ishoda, the head of the Marshall Islands’ delegation to the IMO, said in a statement.”We anticipate that any country or company serious about decarbonizing the maritime sector will embrace our proposal as a step in the right direction.” Ishoda argued the shipping industry will ultimately need to bring its emissions in line with a 1.5C temperature trajectory agreed on under the Paris climate accords: “This proposal can help put us on the right track.”

The carbon price is not yet right
The Marshall Islands is pushing to tax CO₂ emissions between $250 to $300 per metric ton (mt), the price researchers suggest is necessary to bring the price of conventional bunker fuel equal to the cost of zero-carbon alternatives such as ammonia, hydrogen, and batteries. Prices would start at $100/mt and be ratcheted up every five years after 2025. About half of the funds raised by the levy would be used for mitigation and adaptation efforts in vulnerable countries, while a third would be used to subsidize the research, development, and deployment for low-carbon fuels and technologies.

Advocates such as Dan Hubbell of the environmental non-profit Ocean Conservancy said this price increase is well within normal price fluctuations for the shipping market, where bunker fuel prices routinely swing between $350 to $600 per metric ton. Even industry heavyweights such as the shipping company Maersk say decarbonizing the sector would add little to the final price of goods: Only six cents to the cost of shipping a pair of sneakers from Vietnam to markets in the West, Soren Skou, the company’s CEO, told the BBC.

If the proposal is implemented, shipping will have the first meaningful price on carbon beyond national trading schemes. Aviation was long seen as the most likely candidate to price its international emissions. It officially launched its own pricing mechanism this year. Airlines planned to establish a 2019-2020 emissions baseline, then purchase carbon offsets for any emissions that exceed it for international flights (domestic flights are excluded).

But the industry backtracked after the pandemic wiped out airlines’ revenue due to travel restrictions. No offsets will be purchased for the first three years of the program, and the new baseline only includes 2019 emissions (rather than the lower 2020 benchmark thanks to the precipitous drop in air travel). Other efforts have also fallen short. US airlines recently pledged to reach net-zero emissions by 2050 and to make 2 billion gallons of synthetic aviation fuel “available” by 2030. But critics have noted this does little to reassure suppliers that airlines will actually buy the fuel and invest in scaling up capacity to produce zero-carbon fuel.

Building a carbon-free engine for ships
The fight over the RMI’s proposal will now move to the IMO where it’s likely to face fierce resistance, says Madeline Rose, climate campaign director for the environmental non-profit Pacific Environment. The IMO already adopted a target to halve GHG emissions by mid-century in 2018. It’s now moving into the second phase of this climate commitment by considering market-based measures. The Marshall Islands proposal will be deliberated at the UN body in June.

A rival proposal has been submitted by the International Chamber of Shipping, Japan, and others advocating a levy of $2 per metric ton of bunker fuel (equivalent to $0.67 per tonne of CO₂) to serve as an R&D fund. The Marshall Islands has dismissed that price, roughly 100 times less than its own proposal, as “far too low to meaningfully shift industry behavior and reduce emissions.”

Rose says such half-measures are now decades out of date. “Quite frankly, that might have been fine 30 years ago,” she says. “But in the decade of climate emergency, a $2 per ton fuel tax is offensive to anyone trying to survive on this planet.”

But companies are already moving to take advantage of a potential market in carbon-free shipping. MAN Energy Solutions, one of the world’s largest manufacturers of diesel engines, says it plans to start selling two-stroke ammonia engines for large container ships by 2024, and offer retrofits of existing ships the following year—ammonia, commonly used in fertilizer, has been singled out as a promising candidate since it can be produced with clean electricity, water, and air (pdf).

Alex Saverys, chief executive of one of Belgium’s largest shipping fleets, told the Financial Times the industry was entering its fourth energy revolution by phasing out internal combustion engines. “From rowing our boats to sails to steam engine to diesel engine,” he said, “and we have to change it once more.”