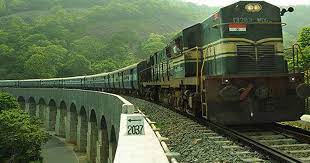 CHENNAI : Southern Railway’s cumulative earnings from parcel and freight traffic in April and May 2021 have increased by 331.58 % and 52.89 % respectively, over the corresponding period, last year.

On the freight front, 5.324 million tonne (MT) was loaded during April –May 2021 which was 1.357 MT (34.2%) higher than the corresponding period over last fiscal, said a statement by Southern Railway.

Around 1,756 rakes were handled during April-May 2021 which was 402 rakes more compared to April-May 2020. The freight loaded has also surpassed the target set by Railway Board by 0.244 MT. The freight basket of Southern Railway consists of coal, raw material for steel plants, iron & steel, cement, foodgrains, fertilisers, petroleum products, automobiles, containers and others, it said.