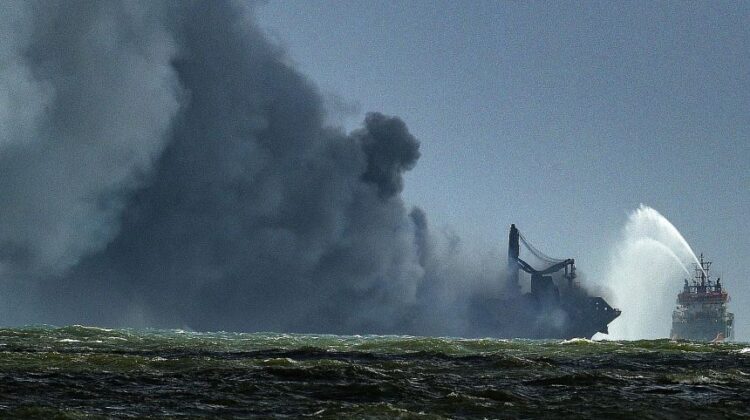 COLOMBO : Mutual insurer the TT Club stated that the latest casualty was part of a catalogue of container fires that happen on an “almost weekly basis”, the vast majority caused by hazardous cargoes.

The TT Club urged all parties in the transport chain of such goods to step up to their responsibilities and to act with transparency and diligence in matters of safety in transport.

The fire and explosions onboard the X-Press Pearl which ultimately led to the vessel nearly two weeks after the blaze started emanated from a leaking cargo of nitric acid in a container that had been loaded in Jebel Ali, Dubai.

The leaking container was discovered while alongside in Hamad Port, Qatar but vessel was not granted permission to discharge the box, and a request to discharge the container at the next port of call of Hazira in India was also rejected.

The TT Club has been promoting wider awareness and use of promoting awareness and wider use of the IMO/ILO/UNECE Code of Practice for Packing of Cargo Transport Units – the CTU Code, as well as enforcement of mandatory regulations including the International Maritime Dangerous Goods (IMDG) Code.

Peregrine Storrs-Fox, TT Club’s Risk Management Director, said: “It is a significant challenge to have all those responsible for the safe dispatch of general cargo to follow the CTU Code, particularly when often done on behalf of other parties and disconnected from transport risks.

However, dangerous goods are subject to mandatory regulation. In the case of this casualty, we see another element to the problem.  The offending cargo was apparently correctly declared, with its relevant properties known, and presumably originating from an experienced shipper.  Yet for whatever reason the packaging was inappropriate or the packing and/or securing within the container was insufficient, resulting in a dangerous leakage.”

The insurer is calling for an all industry approach to improve the safety of carriage of dangerous goods by container.

“Holistic industry led initiatives are necessary. An understanding by all the actors in the supply chain of safe packaging, packing, loading and unloading of containers, and of the need for detailed, accurate information of the cargo’s attributes and any potentially hazardous reactions to any eventuality occurring through the entire transit, is necessary.  Above all truth, trust and transparency must guide all involved,” Storrs-Fox said.