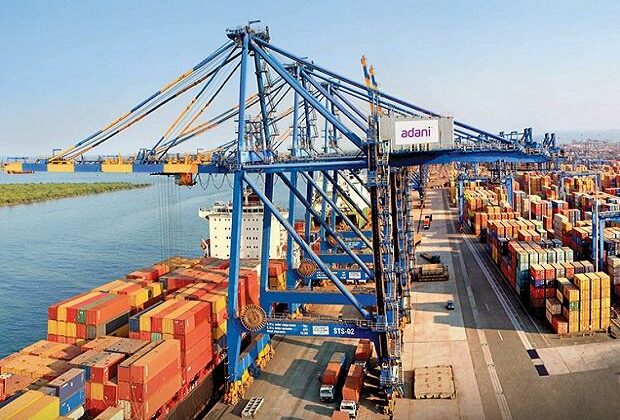 VISAKHAPATNAM : The stage is set for complete acquisition of Gangavaram Port Limited, which owns an ultra modern port here by Adani Ports and Special Economic Zone (APSEZ) and formation of new special purpose vehicle to enter into revised concession agreement with the State Government on the same terms and conditions for the remaining period.

The concession agreement signed by Andhra Pradesh will be in force till 2059. The 10.40 per cent government share in GPL, which it got in lieu of 1,800 acres it gave for construction of the port on the backyard of Visakhapatnam Steel Plant on PPP route, will be acquired by APSEZ reportedly on payment of Rs 645 crore based on the recommendation of Empowered Committee Secretaries headed by Chief Commissioner of Land Administration Neerabh Kumar Prasad.

The committee was set up to study the modalities for transfer of stake on the basis of a report by SBI Cap. The acquisition of Gangavaram port by APSEZ started with the buying of 31.5 per cent equity of Warburg Pincus for Rs 1,954 crore in March and 58.1 per cent equity of DVS Raju and family for Rs 3,604 crore two months later. Describing the sale of government stake as a ‘big scam,’Gangavaram Port Employees’ Union honorary president B Ganga Rao told Bizz Buzz on Monday that they are exploring legal options to stop complete acquisition of the port by Adani Group. “DVS Raju-led consortium sold the stake of others without taking government permission against the guidelines framed for PPP projects. Now the government wants to gift 1800 acres at just Rs 645 crore after acquiring it from Visakhapatnam Steel Plant and the people who settled in Gangavaram and Dibbapalem villages,” he pointed out.

Visakhapatnam Port, a major port located close to Gangavaram, handled a cargo of 69.84 million tonnes during 2020-21 achieving an operating surplus of Rs 698 crore and a net surplus before tax to the tune of Rs 306 crore.

The State Cabinet on Saturday cleared revised cost estimates for construction of Machilipatnam at Rs.5,155.73 crore in Krishna district and Bhavanapadu phase-I at a cost of Rs 4,361.91 crore. Bhavanapadu is in Srikakulam district of North Andhra, about 100 km from Visakhapatnam. For acquisition of 6,410 acres, the government has decided to release Rs 527.22 crore.