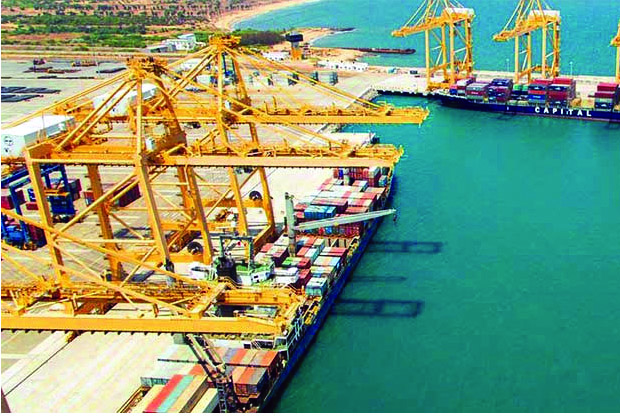 NEW DELHI : India will aim to more than double its annual goods and services exports to over $1 trillion by FY26 under the new Foreign Trade Policy (FTP), as it seeks to tailor its policies suitably to cash in on an expected rebound in global economic growth, sources told FE.

This will warrant a substantial, and sustained, scaling up of exports — to a compounded annual growth rate of 15% until FY26 from about 5% in the five years through FY20 (before the pandemic).

The country had targeted annual exports (merchandise and services) of $900 billion under the extant FTP but managed to realise a maximum of $538 billion (in FY19), as goods shipments mostly faltered.

However, government officials feel that given the potential revival in external demand, elevated international commodity prices and acceleration in domestic manufacturing due to production-linked incentive schemes, the ambitious export target could be met this time.

Still, for this to happen, the government will have to address the usual structural issues, including high logistics costs, refund taxes on inputs consumed in exports on time and firm up free trade agreements with key markets early, exporters reckon.

The next FTP, usually valid for five years, will come into force from October 1.

Since the FTP is being designed in the aftermath of the Covid-19 outbreak, it would focus on ensuring India’s greater integration with the global supply chain and reducing its elevated logistics costs. Also, the Atmanirbhar Bharat initiative will find a befitting expression in the policy, said one of the sources.

However, given the re-prioritisation of spending, necessitated by the pandemic, the availability of budgetary resources to boost exports may remain inadequate, which could be a key hurdle to impressive trade growth, sources said. To partly make up for this, the government could do away with a plethora of redundant paperwork and formalities and relax the compliance burden of exporters.

To boost services exports under the new FTP, the government may revamp the Service Exports from India Scheme (SEIS) to cover more businesses, especially MSMEs, or roll out a new programme altogether, sources said. Under the extant SEIS, the government offers exporters duty credit scrips at 5-7% of the net foreign exchange earned.

The proposed Remission of Duties and Taxes on Exported Products (RoDTEP) scheme for mechandise exporters, the refund rates under which are yet to be announced, will also be a part of the FTP.

Sources had earlier told FE that the government could retain certain key export schemes, such as those relating to special economic zones and export-oriented units, in the new FTP as well, even though these have been challenged at the World Trade Organization (WTO). However, any new scheme within the FTP will be designed in sync with WTO stipulations.

The government may also bolster its support for MSME exporters to market their products, one of the sources said. It may continue to offer aid under the Trade Infrastructure for Export Scheme (TIES), which was supposed to continue up to 2020 but is still operational. However, assistance under the TIES, meant for improving export competitiveness by building trade infrastructure, could be slashed from the initial allocation of Rs 200 crore per year.

Key elements from a national logistics policy, which has been in the works for months, will likely feature in the FTP. This policy will aim to reduce logistics costs from 13% of GDP to 8% over five years.

Commenting on export prospects, Ajay Sahai, director general and chief executive at exporters’ body FIEO, said order books for supplies until October remain impressive, and the trend will likely continue. However, supply side remains a challenge. Shipping costs have skyrocketed worldwide and exporters face an acute shortage of containers. Still, with government support, export target of $400 billion for FY22 can be realised.

The International Monetary Fund last week revised up its earlier predictions of global trade volume growth by a sharp 130 basis points for 2021 to 9.7% and 50 bps for 2022 to 7%. India is set to benefit from the brightening global trade prospects once its supply side gains traction.