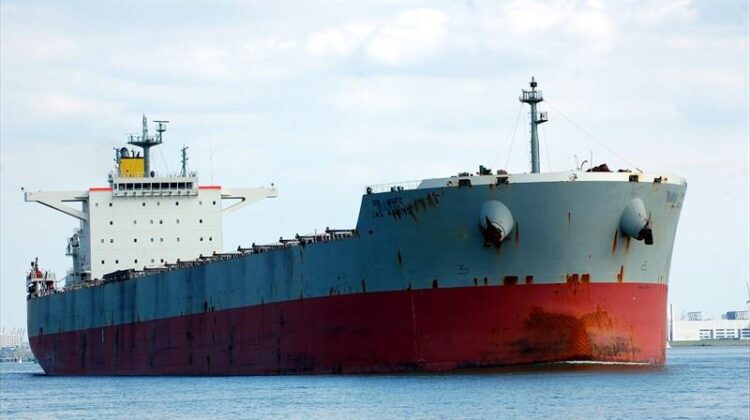 Bloomberg : The Jag Anand, stranded off the Chinese coast for 356 days with Australian coal, left the port of Jingtang yesterday after delivering its cargo, according to shipping data analyzed by Bloomberg.

Chartered by Cargill Inc, the vessel left the port of Gladstone on May 26 last year, laden with 174,000 tons of coal. It went into anchorage off Jingtang in mid-June last year before finally arriving into port on May 16.

The ship and its sailors, along with more than 70 other bulk carriers, were essentially stranded off the coast when China implemented a ban on several Australian commodities amid worsening relations between the two countries.

At least 19 ships carrying Australian coal from the height of the spat are still anchored off the Chinese coast. The W Eagle, holding 90,000 tons of Aussie coal, departed Gladstone on June 17 and is still waiting off Jingtang.

While China allowed 35 of the ships to offload, others sailed away earlier this year and delivered their cargo to India, Vietnam and other nations in Southeast Asia.?

Australian coal exports to China, once topping A$1.78 billion in June 2018 have dwindled to zero in 2021