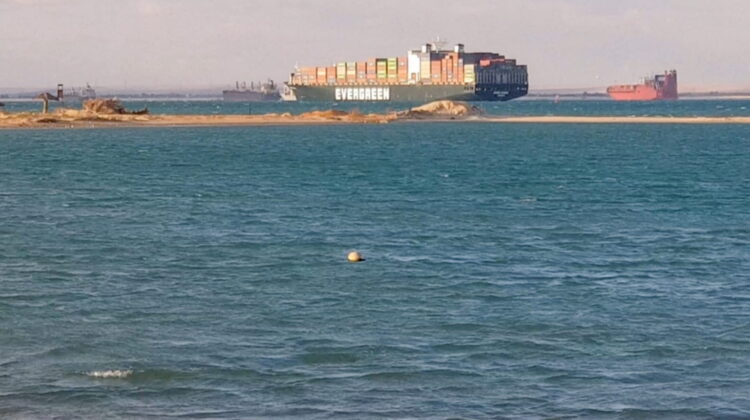 CAIRO : The Suez Canal Authority (SCA) said on Tuesday it was still open to negotiating with the owners of a giant container ship which blocked traffic in the waterway for six days in March despite an ongoing litigation process in an Egyptian court.

The Ever Given, one of the world’s largest container ships, became jammed across the canal in high winds on March 23, halting traffic in both directions and disrupting global trade.

On Sunday the court rejected a claim by Shoei Kisen, the Japanese owners of the vessel, to have the vessel released from detention.

The SCA is seeking compensation of $916 million for the disruption suffered but said on Tuesday it would be willing to accept a reduced sum of $550 million, including a $200 million deposit paid to secure the ship’s release and the remaining amount payable through letters of credit.

“The Authority has continued dealing with the situation with complete flexibility during the negotiation procedures with the ship’s owner to maintain the long relationship with it as one of our most important customers…,” the SCA said in a statement.

This flexibility also explains “the continuation of negotiations despite the ongoing litigation procedures to reach an agreement that suits all parties”, it added.

The statement echoed comments by SCA chairman Osama Rabie who also told Egyptian state television on Monday that the Shoei Kisen had only offered $150 million in compensation.

Rabie said investigations into how the ship became stranded in the first place had placed responsibility on the ship’s captain alone, rebutting arguments from the owner’s legal team that blamed the SCA for allowing the ship to sail in bad weather.

Twelve ships sailed through the southern section of the Suez Canal on that day despite the weather, the statement said.