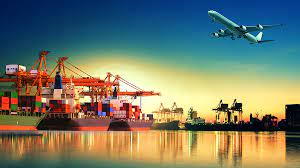 CHENNAI : The Tamil Nadu government will soon announce an ‘Export Strategy Policy’ with an aim to make the State the largest exporter in the country.

Tamil Nadu with 8.97 per cent share in overall exports is the third largest exporting State behind Gujarat (17 per cent) and Maharashtra (22 per cent). Its exports were worth ₹1.93-lakh crore in 2020-21. The State’s major export products include automobiles and auto components, machinery, electronics, textiles and wearing apparel, leather products, and electronics. Tamil Nadu’s major export markets are the US, China, Germany, UAE and the UK.

“We want to move to the first place by 2030 and the policy will help us in achieving that vision,” said a senior government official. This dovetails well into Chief Minister MK Stalin’s ambitious target of making Tamil Nadu a $1 trillion economy by 2030. Its GDP was $300 billion in 2020-21.

While Maharashtra and Gujarat are heavily dependent on oil, Tamil Nadu’s exports are quite diversified. The State exports 6,226 commodities to 217 countries, according to Guidance, the nodal agency of Tamil Nadu government for investment promotion and single-window facilitation.

Most of the incentives for exports are generally offered by the Central government. Tamil Nadu on its part offers various incentives, including funding for producing publicity material (up to 25 per cent of the costs), sector specific studies (up to ₹2 lakh) and contesting for anti-dumping cases (50 per cent, up to ₹1 lakh), says information in Guidance website.

Tamil Nadu cannot give more incentives as the State needs to comply with the World Trade Organisation norms. Hence, a special ‘strategy’ needs to be worked out to boost exports, and the policy will outline it, the official said.

The State ranked third in Export Preparedness Index 2020, published by NITI Aayog which assessed States on parameters such as policy, business ecosystem, export ecosystem and the quantum of exports.

Tamil Nadu has undertaken sustained reforms to reduce and simplify 286 compliances, required by businesses. Further, the State has implemented 301 reforms based on Business Reforms Action Plan 2020 and 45 reforms (112 services) as part of the District Reforms Action Plan 2020, says the Major Industries Policy for 2021-2022. The State’s strength is the infrastructure that helps foreign companies to set up their manufacturing units.

Tamil Nadu is the only State in the country to have three major ports – Chennai; Kamarajar port in Ennore and VOC port in Thoothukudi – acting as export gateways. The State also has four international airports – Chennai, Tiruchi, Coimbatore and Madurai.