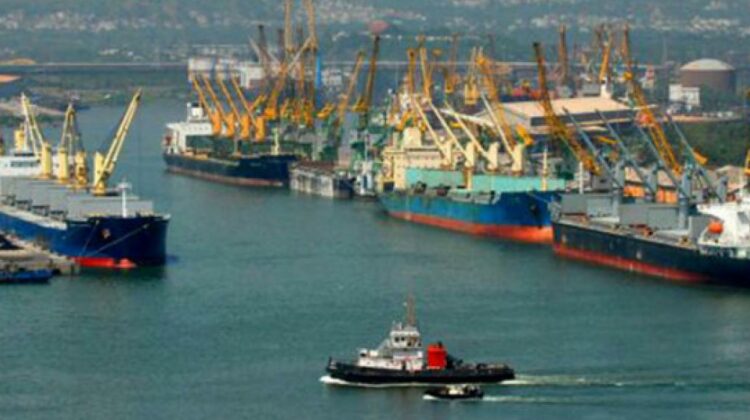 VISAKHAPATNAM :  Visakhapatnam Port Trust is all set to increase its handling capacity from the present 2.5 million tonnes to 4.5 million tonnes with the modernisation of its three cargo berths, for which tendering process will commence in two months.

According to Port Chairman K Ramamohana Rao,  the port achieved nine per cent growth in cargo operations till August this year compared to previous year despite the pandemic. He said a significant growth was registered in thermal coal (125 per cent), steam coal (65 per cent), containers (8 per cent) and coking coal (6 per cent). The VPT got 4th rank among major ports in terms of cargo handling this year. “We are also exploring alternative cargo such as rice, coking coal, etc, to see there is no shortfall in volume.’’

Modernisation of west quay berths 7 and 8 will be taken up under PPP mode at a cost of Rs 288.47 crore to facilitate handling of multi-cargo such as manganese, coking coal, gypsum, bauxite and cargos other than iron ore. East quay berth 7 will also be fully mechanised at a cost of Rs 190 crore and it will handle fertiliser and multi cargo. Rs 1,000-crore port modernisation and infra projects, including construction of roads, drains and cover sheds, are underway.

He said they are taking over the berth and modernisation of the berth will be taken up under PPP mode. Tenders will be invited for constructing a world-class truck terminal within a month. “Once the terminal is ready, no truck will be allowed to park on the road,’’ he said. Similarly, tenders for construction of covered storage with necessary drains, road and water supply at an estimated cost of Rs 36.38 crore will be called in October.

Modernisation of the road network will be taken up and as part of it a road from Sea Horse junction to dockyard will be developed. An overbridge will be constructed at a cost of Rs 250 crore under the project executed by the NHAI. Fully covered sheds will be constructed for iron ore with Rs 200 crore.

The VPT chairman said they procured enough Oxygen cylinders and concentrators to meet any exigencies during the possible third wave of Covid-19. The construction of cruise-cum-coastal cargo terminal along with other infrastructure and amenities at Channel Berth area in outer harbour at an estimated cost of Rs 96.05 crore will be taken up after issuing tenders next month.

Pollution control steps
Two truck-mounted fog canons were deployed to suppress the dust while loading and unloading cargo at berth and stack yards at cost of Rs 90 core. Two trolley mounted fog canons are also being deployed. Besides, there is a facility to wash tyres of trucks going out from the port.  “All these efforts are yielding considerable results as there has been a drop in pollution and the target is to reach at least near zero pollution,’’ Ramamohana Rao said.

Rs 288.47 crores:  estimated cost of modernisation of west quay berths 7 and 8 under PPP to facilitate handling of multi cargo such as manganese, coking coal, gypsum, bauxite and cargos other than iron ore.

9% growth in cargo operations till August this year compared to previous year despite the pandemic.

Rs 190cr estimated cost of mechanisation of east quay berth 7; It will handle fertiliser and multi-cargo.