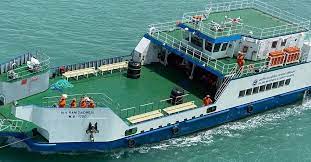 NEW DELHI : India’s waterways development agency will issue fresh tenders on a new model for privatising the multi modal river terminals at Varanasi in Uttar Pradesh and Sahibganj in Jharkhand after an earlier attempt failed to attract bidders.

The multi-modal terminals at Varanasi and Sahibganj were built by the Inland Waterways Authority of India (IWAI) as part of the Jal Marg Vikas Project (JVMP), the 1,390-km long Varanasi to Haldia stretch along river Ganga, with a $375 million loan from the World Bank.

“Private entities are showing interest for the terminals but nobody is willing to put in money. We are looking to change the model based on feedback from the bidders,” a government sources said.

IWAI had floated global tenders for the Varanasi and Sahibganj terminals in June and July.

The IWAI had picked the Equip, Operate and Transfer (EOT) model to privatise the Varanasi terminal with a concession period of 10 years which can be extended by two years.

IWAI had sought bids for the Sahibganj terminal on a operate, manage and develop (OMD) model for a concession period of 30 years.

The successful bidder also had to undertake operation and management (O&M) of the proposed Ro-Ro terminal at Sahibganj.

The contracts were to be awarded to the entity quoting the highest royalty per metric ton of riverine cargo handled at each of these terminals to IWAI.

Additionally, for non-riverine cargo handled at the terminals, the private operator had to pay royalty calculated on the royalty quoted for riverine cargo plus a premium of 20 per cent.

The IWAI has set cargo and vessel related charges at these terminals.