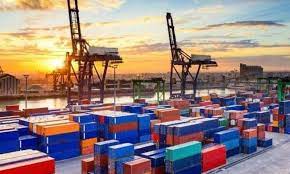 A spike in demand since the pandemic has led to a backlog of orders lasting until next April and has given the company enough confidence to raise prices by 10%. Rather than hurting demand, “buyers are placing more orders now for fear that prices might rise further in the future,” overseas sales manager Sonia Lu explained from her booth at the Canton Trade Fair in the southern city of Guangzhou.

Those who want a parasol next to their outdoor recliner face an even steeper increase. Shaoxing Gaobu Tourism Products Co. Ltd., which makes beach and garden beach umbrellas sold through retailers like Walmart Inc. and Carrefour SA, has raised prices about 20% and isn’t worried about losing orders either.

“Whichever sellers our customers go to, the reality they’ll have to face is the same: price increases,” said sales person Lyric Lian.

That was the consistent refrain from exporters at the world’s biggest trade fair, where China’s strict quarantine rules restricted foreign buyers to only a handful last week compared with the thousands during pre-pandemic days.

The message about higher prices will add to rising anxiety that a spike in global inflation won’t be as “transitory” as assumed by policy makers such as Federal Reserve Chair Jerome Powell.

Price hikes by exporters come on top of record shipping costs—mostly paid by importers rather than manufacturers—which are almost 300% higher than a year ago, according to maritime advisory and research firm Drewry.

For years, China’s factories have acted as a brake on global inflation as they cut costs to keep foreign customers amid sluggish demand and competition from up-and-coming manufacturing rivals like Vietnam. But China’s export boom since the pandemic has changed all that, giving manufacturers confidence to ask foreign customers for more.

And with global demand recovering after the pandemic, the higher prices aren’t putting customers off: Chinese exports are forecast to rise 21% this year, the biggest jump in over a decade.

While higher asking prices from China’s factories is a shift, it may not prove to be a game changer for the global inflation outlook. That’s because for consumers in developed economies, manufactured goods from China make up a small portion of their daily expenses.

Housing, transport and healthcare make up two thirds of the basket of goods used to estimate consumer price inflation in the U.S. The Bank of Canada found that goods imported from China make up around 5% of its basket. A conclusion from the China-U.S. trade war is that importers and retailers often absorb rising prices, rather than passing them to consumers.

But there’s also a chance that price rises could become steeper. A global rush for raw materials means Chinese factories are facing the fastest rise in input prices in almost 26 years, and Beijing has said factories could face a 20% hike in their electricity costs due to a power crunch.

Chen Zijian, a sales manager at Guangzhou GL Supply Chain Co. Ltd., which makes garden products such as watering cans for export to the U.S. and western Europe, said he has hiked prices by 10% this year, and he could go further.

“The electricity price is rising so we are raising our prices too,” Chen said.

A company’s size is the decisive factor in whether it can absorb price rises, according to Stanley Chao, founder of All In Consulting, which works with U.S. companies sourcing from China. Some Chinese companies in sectors like electronics, toys and textiles are hiking prices between 20%-30% in year-on-year terms, he said.

“Smaller factories that operate small profit margins are passing the costs to their customers,” he said. “The larger suppliers, that operate on higher margins and higher efficiencies, are able to hold the line.”

Most Chinese manufacturers can absorb higher costs without making losses, according to official data that shows the typical margin for manufacturers in August was 6.6%, better than their pre-pandemic margin of 5.5%. For instance, Chinese automakers, which could be expected to see a profit squeeze from higher prices for steel and other metals, have seen profit margins widen this year as sales rebounded.

That’s because the bulk of manufacturing costs such as salaries, rent, upkeep of equipment and interest payments aren’t directly related to producer prices. A higher PPI is negative for margins, but that’s been offset by stronger revenues due to the global recovery from the pandemic.

The extent of price rises will depend on companies confidence in strong future demand. As the global economic recovery from the pandemic slows, there are signs that demand for Chinese goods overseas is softening.

Global trade volumes peaked in March, according to the World Trade Monitor published by the CPB Netherlands Bureau for Economic Policy Analysis. And China’s export growth, while still robust, has been gradually declining. That might make exporters less confident again.

Average ocean freight rates have also declined in recent weeks, according to Drewry.

Chloe Wang from Zhejiang Tianxin Sports Equipment, a company that exports trampolines to Europe, the U.S. and Japan, said her company found it difficult to attract new orders after it increased product prices by about 10% this year to reflect rising costs for steel tubes.

“I don’t think the situation will get any better before the second half of 2022,” she said.