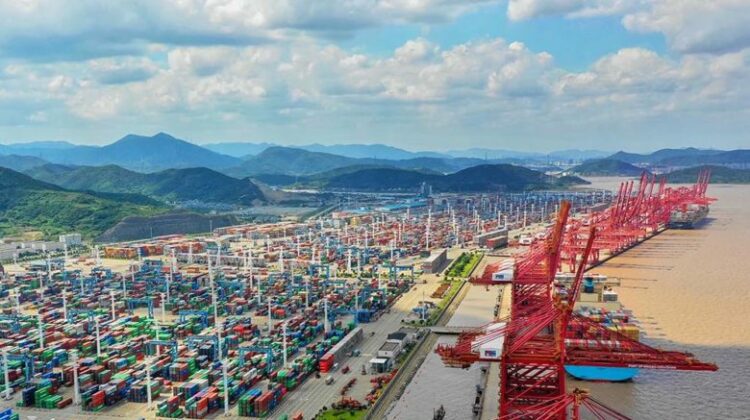 ZHEJIANG : Operations at a terminal of the world’s largest port were suspended today following a single case of Covid-19 being detected on a 34-year-old worker.

Ningbo-Zhoushan Port has started to turn ships away this morning in the wake of the positive nucleic test. The worker resides in a dormitory and tested negative on the 8th, before being retested on the 10th.

Initially, the ports authority claimed that its operating system was down early this morning before the Ningbo Municipal Health Commission came clean with the news. The infected worker was part of the workforce at Ningbo Meidong Container Terminal.

When a Covid-19 outbreak was detected at Yantian Port in late May, operations at the key southern Chinese export hub were slashed by 70% for most of June.

Since July 20, community-spread infections have been confirmed in roughly half of China’s provinces, sparking mass testing operations and localised lockdowns.

Newly reported positive Covid-19 cases in China have recently forced the country to re-introduce restrictions to curb the spread of the virus.

Most ports in the country are now requiring a nucleic acid test (NAT) for all crew, with vessels forced to remain at anchor until negative results are confirmed.

Many ports in the country are also requiring vessels to quarantine for 14 to 28 days if they previously berthed in India or performed a crew change within 14 days of arriving in China.