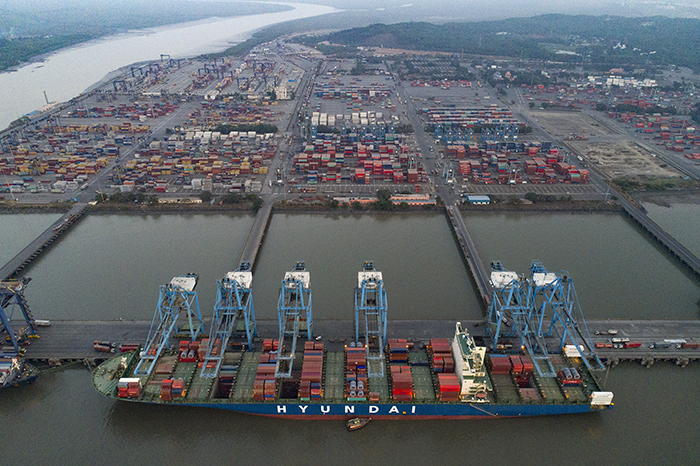 CMA Terminals Holding, a subsidiary of CMA CGM S A, the world’s third largest container shipping firm, has partnered with International Cargo Terminals and Infrastructure Pvt Ltd (a unit of Mumbai-based JM Baxi Group) and Abu Dhabi Ports, a part of Abu Dhabi Developmental Holding Company, one of the region’s largest holding companies based in the UAE capital.

Terminal Investment Ltd, a unit of Mediterranean Shipping Company S.A (MSC), the world’s No 2 container line, has bid on its own for the terminal that will be designed to handle 1.8 million TEUs (twenty-foot equivalent units) a year. Allcargo Logistics Ltd has teamed up with Japan’s Mitsui & Co Ltd for the bid.

The overwhelming response to the privatisation of the container terminal, as part of the National Monetisation Pipeline (NMP), indicates investor confidence in India’s top state-owned container gateway which is fighting to retain volumes in the face of tough competition from privately-owned Mundra port, run by APSEZ, in Gujarat.

The recent conversion of the Centre-owned major port trusts into authorities that enables rate setting based on market forces is a further attraction for bidders.

Though intense competition is expected for the terminal, industry experts see “understanding” between bidders to wrest the project. For instance, APSEZ is expected to induct Terminal Investment as a joint venture partner, if it emerges bidder.

“APSEZ’s belly is not full without a terminal in JN Port. So, it will leave no stone unturned in its bid to gain a presence in JN Port,” said an industry consultant. The game plan of some other contenders wll be known as the bidding progresses, he added.

PSA’s participation in the tender while it is contractually mandated to build another one km of berth length by 2024 to add to its already operational berth of one km at J N Port has surprised the port industry.