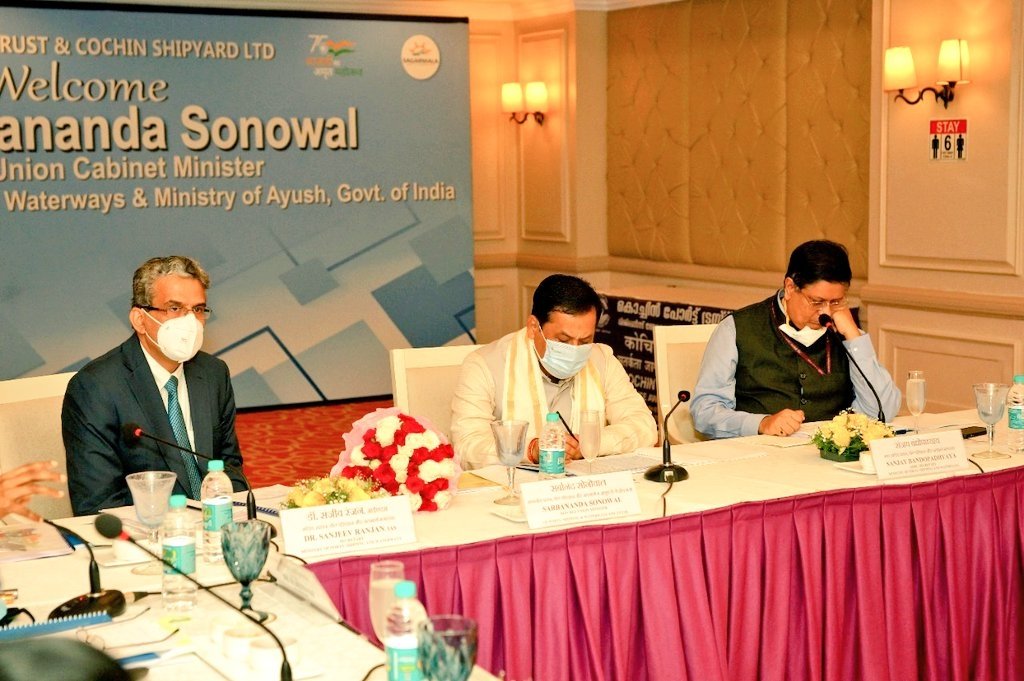 The Minister and senior officers visited and reviewed the progress of Indigenous Aircraft Carrier being built by Cochin Shipyard along with the top Indian Navy officials during the second sea trials of IAC. Top senior officials of CSL were also present.

The Indigenous design and construction of Aircraft Carrier by Indian Navy and Cochin Shipyard Ltd. is a shining example in the Nation’s quest for ‘Atma Nirbhar Bharat’ and ‘Make in India Initiative’ with more than 76% indigenous content. This has led to growth in indigenous design and construction capabilities, besides development of large number of ancillary industries, with employment opportunities for over 2000 CSL personnel and about 12000 employees in ancillary industries.

The Minister will visit CSL today. He will inaugurate the Launching Ceremony of Five Vessels including two fully Electric autonomous Vessels for ASKO Maritime AS Norway and three Floating Border Outpost for BSF.