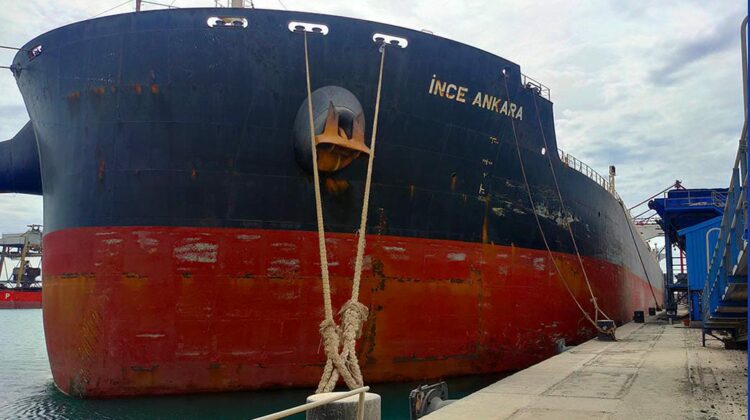 THOOTHUKUDI : The Singapore flagged vessel ‘M V Ince Ankara’, arrived from the Port of Mina Saqr, UAE, with 93,719 tonnes of limestone, consigned for Chettinad Cements, was handled bettering the previous record for handling the highest parcel size by the vessel ‘MV Bastions’, with 92,935 tonnes of coal handled at the Port on May 14 last.

The vessel berthed at Berth 9 on last Thursday, commenced its discharge using 3 Harbour Mobile Cranes capable of discharging more than 50,000 tonnes per day. The entire consignment was unloaded on Sunday. The vessel agent was Macsons Shipping Agencies Private Limited, Thoothukudi and the stevedoring agent for the vessel was Chettinad Logistics, Thoothukudi.

“This has been a great collaborative effort and I take this opportunity to recognize the hardwork and commitment of the ship agents, stevedores, Harbour Mobile Crane operators, officers and the staff of the Port,” said T.K. Ramachandran, Chairman, V.O. Chidambaranar Port Trust.

The Port has handled 11.33 million tonnes of cargo up to July 2021 during this fiscal as against 10.58 million tonnes handled during the corresponding period last year, registering a growth of 7.14%. The container handling through VOC Port has also seen remarkable improvement as the Port has handled 2.69 Lakh TEUs during this financial year up to July 2021 registering a growth of 21.07 % compared to the corresponding period of last financial year, an official statement said.